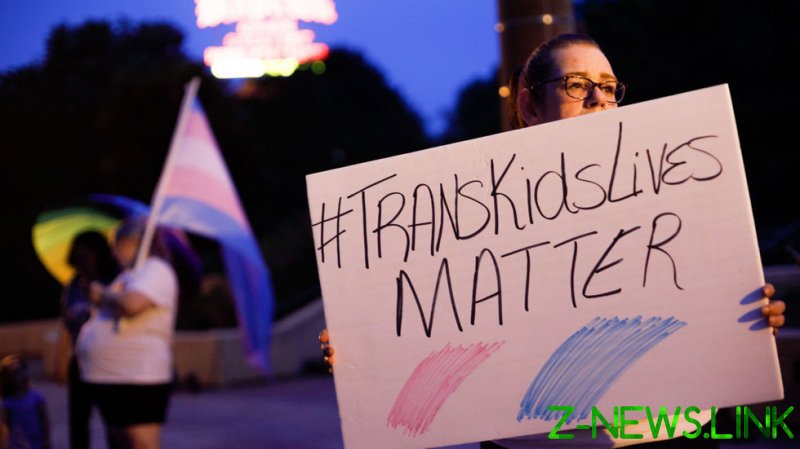 State lawmakers in Arizona and Oklahoma have passed legislation that would ban biological boys from participating in girls’ sports, continuing a push by Republican-controlled legislatures to score points with conservative voters as this year’s midterm congressional election approaches.

The Arizona and Oklahoma bills both passed on Thursday, clearing the way for them to become law if signed by governors in the two states. Arizona legislators also voted to prohibit doctors from providing gender-reassignment surgery to children.

Supporters of the sports legislation said the bills would preserve the integrity of girls’ athletics and prevent biological boys from taking opportunities, including college scholarships, from their female classmates. Opponents have argued that Republicans are discriminating against transgender students by attacking a problem that doesn’t exist.

Since 2020, more than a dozen Republican-led states have passed legislation prohibiting biological boys from competing in girls’ sports. In at least two of those states, Idaho and West Virginia, implementation of new laws has been held up by court challenges.

However, it’s not a certainty that the Arizona and Oklahoma bills will become law. Neither Arizona Governor Doug Ducey nor Oklahoma Governor Kevin Stitt has said whether he will sign the legislation. Just this week, Republican governors in Indiana and Utah vetoed bills that would limit transgender girls to competing in boys’ sports. Lawmakers in both of those states have said they will attempt to override the vetoes.

“We strongly urge Governor Ducey to follow the leadership of Governor [Spencer] Cox in Utah and Governor [Eric] Holcomb in Indiana and veto these discriminatory bills,” the LGBTQ activist group Human Rights Campaign said on Thursday. The group said lawmakers around the country who have passed “anti-transgender” bills have failed to “provide examples of what exactly they were legislating against.”

However, advocates of such legislation, including Florida Governor Ron DeSantis, have pointed to such cases as the two transgender girls who dominated high school sprinting championships in Connecticut, leading to lawsuits by families of girls who said they were deprived of track trophies and scholarship opportunities.

READ MORE: Lawsuit that would have banned transgender athletes from competing in female high school sports is thrown out by judge in US

Oklahoma Senator Michael Bergstrom was among the Republican lawmakers who pointed to Lia Thomas, the transgender woman who last week won an NCAA swimming championship. “Women are women, and they have the right to compete against other women and have the same opportunities as men to advance in the athletic endeavors that they are good at,” Oklahoma Senator Julie Daniels said.