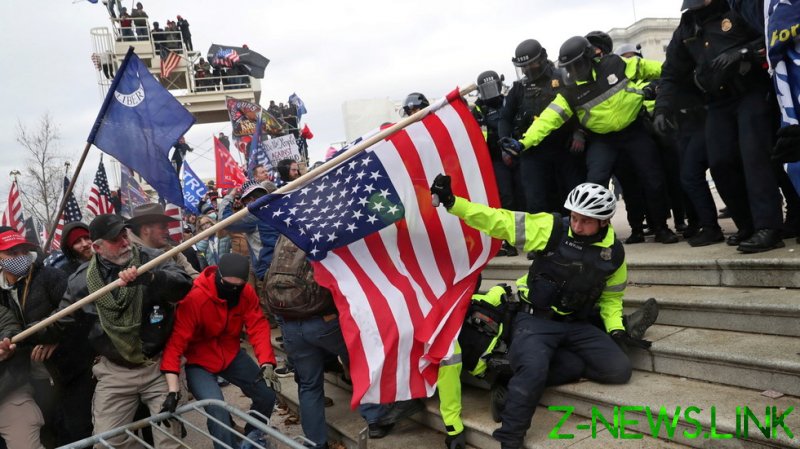 Officer Gunther Hashida was found dead in his home by suicide on July 29, the DC Metropolitan Police Department (MPD) told media outlets on Monday, adding “We are grieving as a Department as our thoughts and prayers are with Officer Hashida’s family and friends.” He died one week before his 44th birthday, according to his obituary.

US House Speaker Nancy Pelosi hailed Hashida as a “hero” who “risked his life to save our Capitol, the Congressional community and our very Democracy” in a written statement, adding “May Officer Hashida’s life be an inspiration to all.”

Just hours after the MPD confirmed Hashida’s death, the department told a local CBS affiliate that another officer, 26-year-old Kyle DeFreytag, had also taken his own life on July 10. The suicide was not reported until Monday.

“I am writing to share tragic news that Officer Kyle DeFreytag of the 5th District was found deceased last evening,” MPD chief Robert Contee wrote in a message to the department last month. “This is incredibly hard news for us all, and for those that knew him best.”

Hashida and DeFreytag, who joined the department in 2003 and 2016, respectively, are the third and fourth officers present for the incident on January 6 to die by their own hands. Capitol Police officer Howard Liebengood and MPD officer Jeffrey Smith also committed suicide in the days after the riot.

Four others, all protesters, lost their lives during the riot, including two related to natural causes and one fatal drug overdose, while 35-year-old Ashli Babbitt was shot dead by police near the House chamber inside the Capitol.