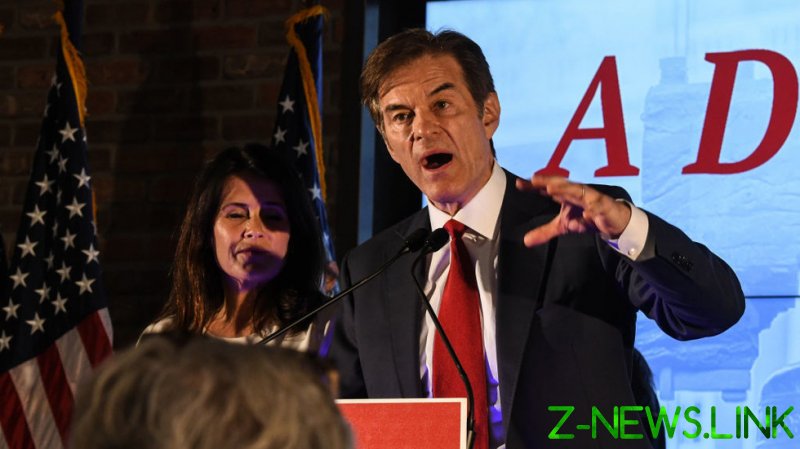 Celebrity heart surgeon Dr. Mehmet Oz, endorsed by former President Donald Trump to fill Pennsylvania’s first open US Senate seat in 12 years, has won a nail-biter in the Republican primary. It came after his opponent conceded that a recount wouldn’t yield him enough votes to overcome a narrow defeat.

Oz had to wait nearly three weeks after Pennsylvania’s May 17 primary election to confirm his victory, as he led by just 972 votes, or 0.1%, a margin so slim that a recount was ordered. Second-place finisher Dave McCormick, a former hedge fund executive, called Oz on Friday to concede the race after concluding that he wouldn’t prevail in the recount.

“It’s now clear to me, with the recount largely complete, that we have a nominee,” McCormick told supporters on Friday night. “And today, I called Mehmet Oz to congratulate him on his victory. And I told him what I always said to you: that I will do my part to try to unite Republicans and Pennsylvanians behind his candidacy, behind his nomination for the Senate.”

Oz thanked McCormick for his pledge of support heading into the November general election against Democrat candidate John Fetterman, who is currently the state’s lieutenant governor. “We share the goal of a brighter future for Pennsylvania and America,” Oz said.

After previously appearing as a health expert on Oprah Winfrey’s talk show for five years, Oz got his own nationally syndicated daily show, in which he discussed the health concerns of his viewers, in 2009. The show ran for 13 seasons, ending only when the doctor gave it up to run for office. 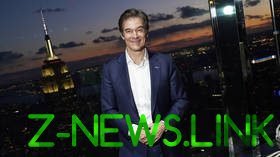 Oz jumped into the race last November after Trump’s previous choice for the seat being vacated by retiring Republican Senator Pat Toomey dropped out. He has billed himself as an “America-first” conservative, saying he was compelled to run for Senate because “our system is broken.”

McCormick, who was reportedly paid $22 million last year as CEO of the world’s largest hedge fund, had attacked Oz as a “Hollywood liberal who is pro-abortion, anti-gun and anti-fracking.” On the campaign trail, Oz advocated for more hydraulic fracturing to boost US supplies of oil and natural gas.

The Ohio-born Oz, the son of Turkish immigrants, has dual citizenship and served in Turkey’s army during his college years. He has pledged to give up his Turkish citizenship if elected to the Senate.

Oz’s victory gave Trump an 8-0 record for the candidates he endorsed in Pennsylvania, including gubernatorial nominee Doug Mastriano.