Home / WORLD / ‘Turn off those big a** billboards!’: New Yorkers fume over alert to save energy as massive screens blaze in Times Square

‘Turn off those big a** billboards!’: New Yorkers fume over alert to save energy as massive screens blaze in Times Square 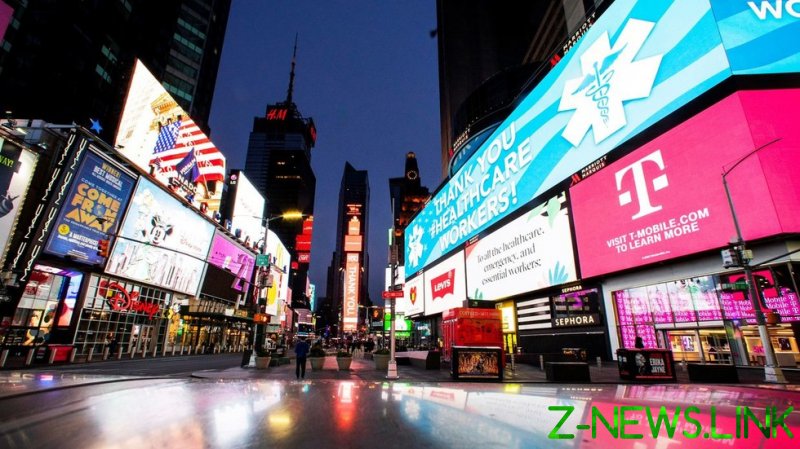 A notice from the city’s energy manager Con Edison asked people to reduce their power consumption on Wednesday, saying they should limit the “unnecessary use of air conditioning” and other appliances, including washing machines, dryers, and microwaves. The alert was relayed by outgoing Mayor Bill de Blasio, and even sent directly to New Yorkers’ cell phones.

On the fourth consecutive day of an intense heat wave, New Yorkers did not respond well to the ask, with many netizens pointing out that Con Edison’s request appeared to go wholly ignored in Times Square, where a who’s-who of corporations operate dozens of towering, energy-guzzling LED displays, many used as ad space.

“Turn all these big ass billboards off in Times Square before you ask me not to make a Hot Pocket,” one user quipped.

According to a Con Edison employee cited by a New York travel blog, the city’s Theater District, which encompasses Times Square, can consume up to 161 megawatts of electricity at peak usage, while a 2017 Business Insider report estimated that the Square’s energy costs run more than $26,000 per day. The most recent data from the US Energy Information Administration suggests that the average US household consumes around 29.23 kilowatts per day, which converts to just over 0.02 megawatts.

Amid days of scorching temperatures, the utility firm also said that it reduced voltage by 8% to certain neighborhoods in Queens on Wednesday, noting the move would affect around 64,000 customers. Some netizens asked about the “demographics” of those communities, suggesting reductions would not hit upscale neighborhoods, while others predicted that the “working class” would bear the brunt of the power crisis.

Other areas of New York also saw power outages, including in the Williamsburg neighborhood of Brooklyn, where 1,700 residents were left to sweat it out in the dark, the New York Times reported.

The heat wave roasting NYC has not been confined to the Empire State, however, with cities across the West Coast also reporting record-breaking temperatures over the last week. Canada’s western provinces have also seen blistering weather, with scores of people dying from heat-related conditions in recent days.