Turkish lira just had its worst year in 2 decades 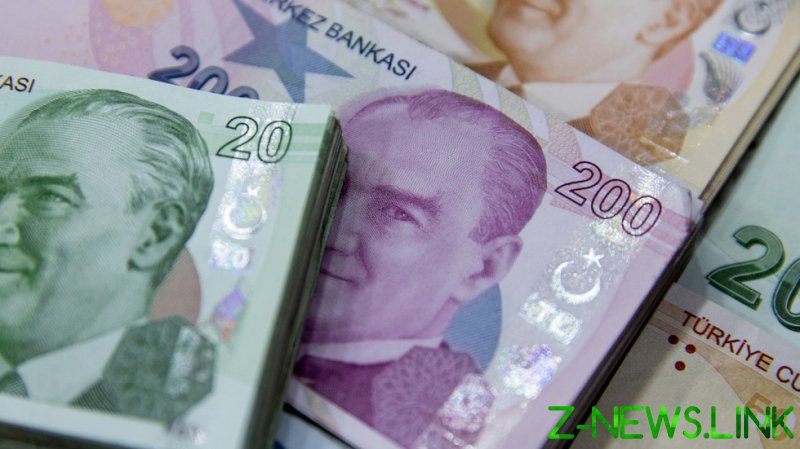 This was the lira’s worst performance since President Recep Tayyip Erdogan came to power nearly 20 years ago. The lira tumbled from 18.4 to 10.25 against the US dollar in the last two weeks, recovering slightly to end the year at 13.19 on Friday.

In an attempt to ease the decline, Erdogan in December unveiled a plan to protect converted local deposits from losses against hard currencies, which saw a sharp but brief 50% rally in the lira on support from the central bank.

Struggling to protect their savings, Turks have been converting their lira holdings into hard currencies. Official data cited by Reuters shows that local holdings of hard currencies jumped to a record $238.97 billion last week alone. On Friday, Erdogan urged citizens to stick to the lira for their savings, claiming that market volatility was under control.

“As long as we don’t take our own money as a benchmark, we are doomed to sink. The Turkish Lira, our money, that is what we will go forward with. Not with this foreign currency or that foreign currency,” he said, adding that his government will continue pursuing a low-interest rate policy, which it sees as a means to lower prices, but is highly criticized worldwide.