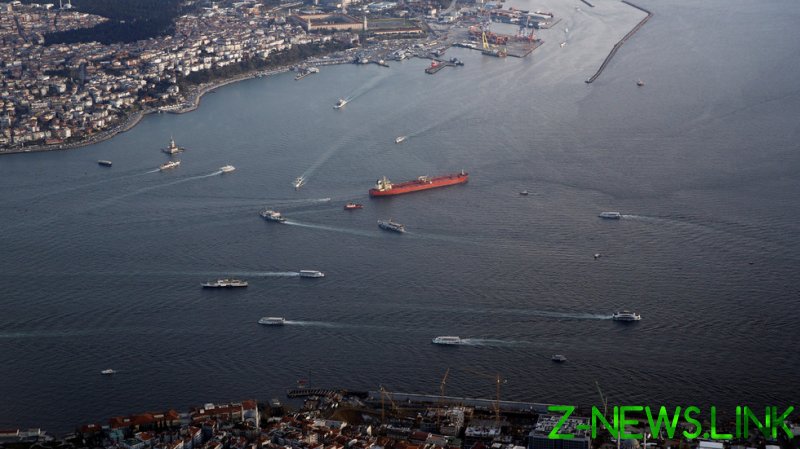 Four other individuals were ordered to report to the Ankara chief prosecutor within three days as part of the investigation of an alleged attempt to commit crimes “against national security and the constitutional order,” Turkish news agency Anadolu said.

The arrests and summonses on Monday came due to an open letter signed by former high-ranking personnel of the Turkish Navy. Published on Sunday, it raises concerns over the suggestion that Turkey could abandon the 1936 Montreux Convention, a cornerstone international treaty that governs Turkey’s sovereignty over two straits connecting the Mediterranean Sea and the Black Sea, and the inland Sea of Marmara in between. Turkish authorities reacted to the letter with anger, saying it invoked the numerous military coups the country has experienced in modern history and is thus a threat to the civilian government.

At the core of the issue is the Istanbul Canal, a 50km-long waterway that would run parallel to the Bosporus and help deal with the heavy maritime traffic through the straits. It is one of President Recep Tayyip Erdogan’s projects meant to reshape Turkey with heavy investment in infrastructure. Erdogan first unveiled the project in 2011 during his election campaign, calling it a “crazy project.”

Critics fear that the new man-made waterway, not covered by the Montreux Convention, would potentially lead to a confrontation between major naval nations. The treaty allows free passage of civilian ships through the straits but limits the tonnage and number of military vessels of non-Black Sea countries.

Erdogan stated that the Montreux Convention would not apply to traffic through the new canal once it’s finished, which led to speculation that Turkey may withdraw from the treaty altogether.

The letter signed by retired naval officers expressed concern that there is even a debate regarding the move, saying the convention is crucial to national security and that without it, the country could face grave threats.

The warning triggered outrage from the Turkish government, with Presidential Spokesman Ibrahim Kalin saying it was “reminiscent of coup times” and made the signatories look “ridiculous and pathetic.”

“They should know that our esteemed nation and its representatives will never allow this mentality and enthusiasm for [military] tutelage,” he tweeted.

The Turkish military, which has historically played the role of guarantor of the country’s secular constitution, staged three successful coups between 1960 and 1980. In 1997, a ‘military memorandum’ forced the resignation of Islamist Prime Minister Necmettin Erbakan. In 2016, there was a failed coup against Erdogan which left scores of people killed and led to a purge in Turkey’s security apparatus.

Concerns about the Montreux Convention were expressed in a similar open letter last year by retired Turkish diplomats. Foreign Minister Mevlut Cavusoglu said at the time that the canal project will not compromise the treaty.