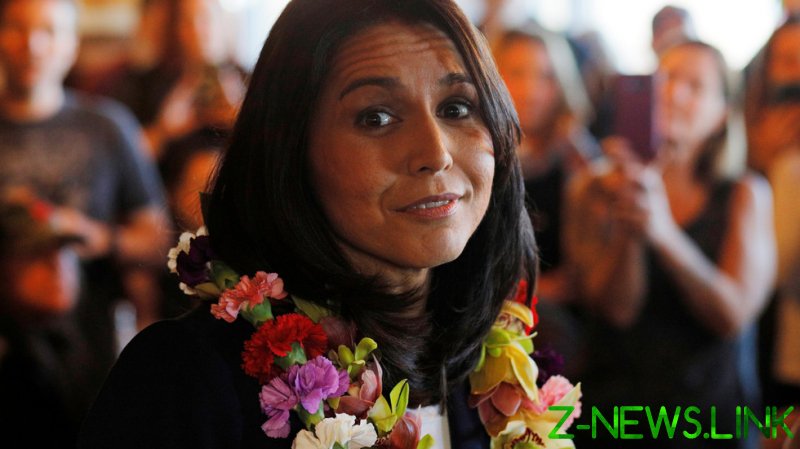 The Protect Women’s Sports Act, which Gabbard introduced with Rep. Markwayne Mullin (R-OK) on Thursday, seeks to level the playing field in women’s sports by recognizing that different sexes are born with different physical abilities.

Gabbard’s bill alleges that the anti-discrimination education amendment from 1972, Title IX, has become misinterpreted over the years, allowing those who were born male to unfairly compete against biological females.

She said the law had led to “life-changing opportunities for girls and women that never existed before” and must be protected.

Gabbard said Title IX was being “weakened” by some states who were “misinterpreting” it and “creating uncertainty, undue hardship and lost opportunities for female athletes.”

Others, including transgender military veteran-turned-activist Charlotte Clymer, accused the former Democratic National Committee chairwoman of being a Republican, and alleged she was angling for a commentary position at Fox News.

“Tulsi Gabbard: assigned Republican at birth,”commented Sarah McBride, who became the first transgender state senator after being elected in Delaware in November.

The attacks resulted in Gabbard – who is often considered to be a Democratic Party outsider due to her opposition to war, support for WikiLeaks founder Julian Assange, and divergence from the party line on other issues — becoming one of Twitter’s top trending topics on Friday.