Trump’s ex-VP Pence gets booed, denounced as ‘TRAITOR’ by hecklers during speech at conservative conference 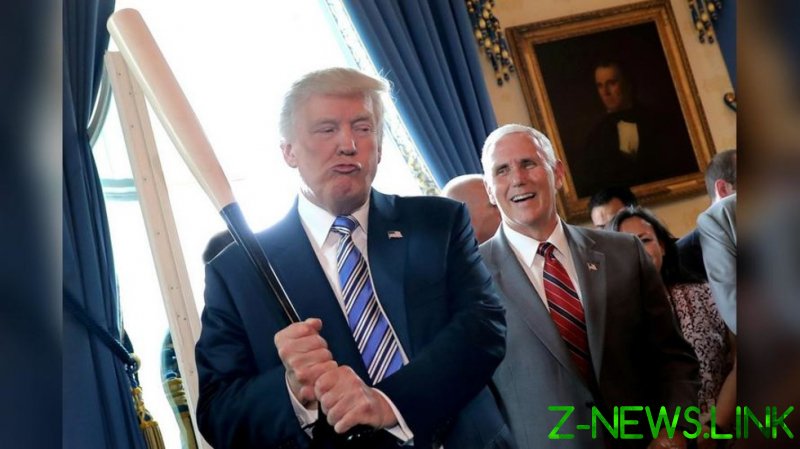 The incident occurred on Friday as Pence took the stage at the Faith & Freedom Coalition’s “Road to the Majority” conference in Orlando. Hecklers jeered and shouted “traitor” as Pence began his remarks. He managed to coax cheers from the crowd when he gave his frequently used self-introduction, saying, “I’m a Christian, a conservative and a Republican – in that order.”

The scene marked one of the first indications of the level of political vitriol that the former vice president may face as one of the early frontrunners for the 2024 Republican presidential nomination. Pence ran afoul of then-President Trump and his loyalists when the ex-VP declined to block certification of Democrat Joe Biden’s election victory on January 6.

Pence and other politicians had to be evacuated from the Capitol that day as an election-fraud protest escalated into a riot. Trump verbally attacked the vice president, saying he didn’t have the “courage” to block formalization of Biden’s electoral college votes. Pence, for his part, believed he didn’t have the power to reject the voting results, and he reportedly felt betrayed when the mob turned against him for doing his constitutional duty. Some of the rioters who breached the Capitol even chanted “Hang Mike Pence.”

With the wounds still fresh in February, Pence declined to speak at the CPAC conference in Orlando, one of the biggest political events of the year. Trump was the event’s star attraction, giving his first major post-presidency speech.

Other Republicans who were perceived to have been insufficiently supportive of Trump’s election-fraud claims also have faced political backlash. Georgia Governor Brian Kemp, whom Trump criticized for failing to overturn the state’s election result, was booed at the GOP annual convention earlier this month in Atlanta.

More than 85% of Republican respondents in a Quinnipiac University poll taken last month said they prefer a 2024 presidential candidate who mostly agrees with Trump. Two-thirds said they would like to see Trump himself run for the party’s nomination. The same percentage, 66%, said they believe Biden’s 2020 victory was illegitimate.

Trump said in a Fox Business interview earlier this month that he would “certainly consider” Florida Governor Ron DeSantis as a running mate if he enters the 2024 race, apparently snubbing Pence. If Trump doesn’t run, DeSantis and Pence are currently polling as top contenders.

A Trafalgar Group study done last month showed that 35% of Republican voters would choose DeSantis in a race without Trump. Pence garnered 10% support, ranking behind DeSantis and Senator Ted Cruz (R-Texas), who was at 15%. A March poll by Tony Fabrizio pegged Pence and DeSantis as the frontrunners, at 19% and 17%, respectively.