Home / WORLD / Trump’s blanket ban from social media proves the information war is over. If you’re reading this, you’ve lost.

Trump’s blanket ban from social media proves the information war is over. If you’re reading this, you’ve lost. 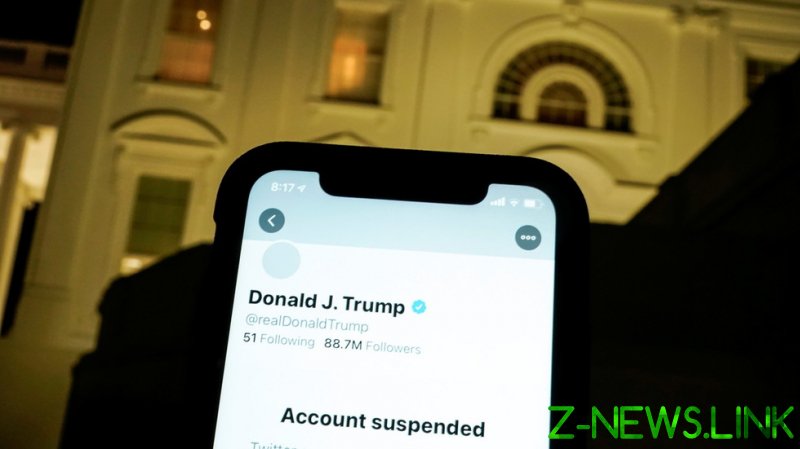 Twitter permanently banned the president from its platform on Friday, following in the footsteps of Facebook, Snapchat, Twitch, and other platforms that used Wednesday’s riot at the Capitol as an excuse to do what much of Silicon Valley has wanted to do for years.

But it wasn’t Trump’s on-platform conduct that was the problem, according to Twitter – it was “how [his tweets] are being received and interpreted on and off Twitter,” a post on the company’s blog declared on Friday. The platform then interpreted two seemingly innocuous tweets – regarding not attending Democrat President-elect Joe Biden’s inauguration and giving his fans a “GIANT VOICE long into the future” – as a call to arms directed at his supporters, far out-crazying the so-called “conspiracy theorists” Twitter has also sought to deplatform.

Logically speaking, it’s impossible for anyone – especially a public figure like Trump – to control how his words are being interpreted, or even who’s reading them to begin with. For Twitter to translate the president’s praise of his supporters and promise not to attend his successor’s inauguration into a call for violence requires a full-on break with reality.

But platforms like Twitter, and especially Facebook, have been declaring all-out war on reality for years now, merely ramping up hostilities in the wake of the Capitol riot. On Facebook, even just sharing footage of Wednesday’s riot was off-limits, as was posting Trump’s speech to his supporters. Any call for further protests, no matter how peaceful, was also targeted for removal.

These platforms’ notorious echo chambers have no room for dissenting narratives, whether it concerns the Capitol protests or the growing contingent of Covid-19 dissenters crying foul as lockdowns drag on (and cases go up) with no end in sight. And while a Trump-scale individual may be able to create their own means of addressing the people, thousands of others have been wiped out over the past year for political or public-health wrongthink.

The narrative managers are unlikely to stop at wiping their ideological nemeses off the internet, either.

Social media, once sold as a tool for promoting democracy and giving ordinary people a voice they previously lacked, revealed its true identity over the course of 2020. Whether attempting to delete records of an entire event, as Facebook has done with the Capitol protests, or memory-holing inconvenient facts about the Covid-19 pandemic, the ‘new and improved’ reality crafted by the media establishment provides the ideal foundation for the police state being constructed around the human mind.

The average person might go through life unaware this invisible thought-barrier is even there – but anyone who steps out of line is quickly zapped back into obedience. And if they refuse to cooperate even then? Deplatforming, in an age where face-to-face contact has gone the way of the dodo, is the modern equivalent of ‘disappearing’ dissidents in broad daylight.

Indeed, these platforms have merged with government in too many ways to count here. Those who express political ‘wrongthink’ online aren’t just disappeared from the digital public square – they can be barred from supposedly apolitical apps like AirBnB,  or even denied the use of their bank accounts.

The US constitution does not permit the government to punish individuals who aren’t even suspected of committing a crime. Nor does it permit the suppression of lawful speech or allow authorities to paw through private citizens’ lives in the hope of turning up something incriminating. But private corporations – as the neoliberal center never tires of reminding us – can do what they like, including depriving Americans of their First and Fourth Amendment rights. Such capabilities explain why Washington has looked the other way for so many years while Facebook, Google, Twitter, and Amazon became preposterously huge, insanely profitable monopolies.

But the joke’s on the government, in this case. With hundreds of billions of dollars at their disposal, and a user-base trained to embrace their mental slavery with a positively Pavlovian response, Big Tech seems to have realized it no longer has to pretend to play nice with Big Government.