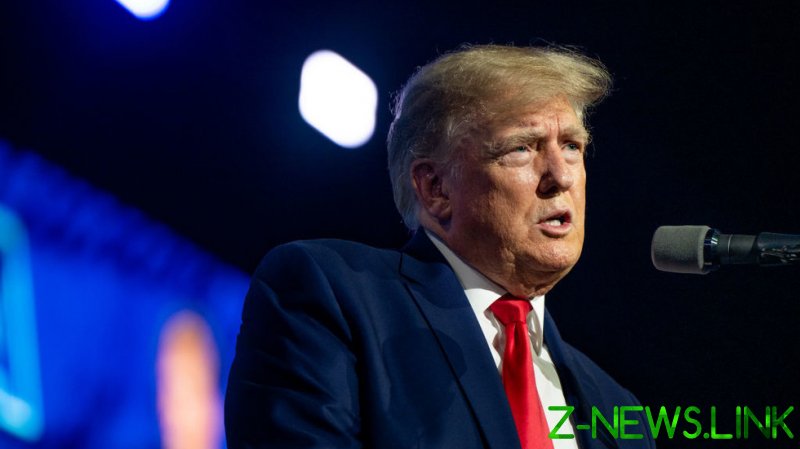 Ex-President Donald Trump has responded to Tuesday’s school massacre in Uvalde, Texas, by calling for putting the safety of American children ahead of funding Ukraine’s war effort against Russia and investing in failed nation-building projects overseas.

“If the United States has $40 billion to send to Ukraine, we should be able to do whatever it takes to keep our children safe at home,” Trump said on Friday in a speech at the National Rifle Association (NRA) convention in Houston. “We spent trillions in Iraq, trillions in Afghanistan, we got nothing.

“Before we nation-build the rest of the world, we should be building safe schools for our own children in our own nation.”

Trump was criticized by Democrats for speaking at an event for the nation’s largest gun-rights lobbying group just three days after a gunman killed 19 children and two teachers at Uvalde’s Robb Elementary School. However, he argued that his critics are trying to take advantage of the massacre for political gain without proposing any reforms that would have prevented the tragedy. 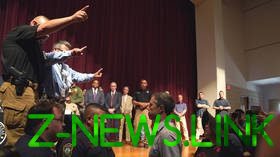 READ MORE: Democrats are not letting a crisis go to waste with the Texas school shooting

“Now is the time to find common ground,” the Florida billionaire said. “Sadly, before the sun had even set on the horrible day of tragedy we witnessed, a now familiar parade of politicians seeking to exploit the tears of sobbing families to increase their own power and take away our constitutional rights.”

Trump argued that his successor, President Joe Biden, and other Democrats had “shamefully” tried to score political points by falsely suggesting that Republicans are “OK with letting school shootings happen.” He added, “This rhetoric is highly divisive and dangerous and, most importantly, it’s wrong. It has no place in our politics.”

Biden also spun the Texas murders by blaming supporters of gun rights, Trump said. “Every time a disturbed or a demented person commits such a hideous crime, there’s always a grotesque effort by some in our society to use the suffering of others to advance their own extreme political agenda. Even more repulsive is their rush to shift blame away from the villains who commit acts of mass violence and to place that blame onto the shoulders of millions of peaceful, law-abiding citizens who belong to organizations such as our wonderful NRA.” 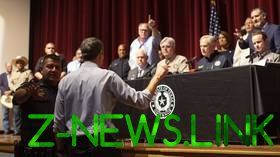 Trump called the Uvalde shooting a “savage and barbaric atrocity that shocks the conscience of every single American.” He read out the names of each victim during what he called “a beautiful moment of silence for something that should never have even been thought about, let alone happened.”

Ever since the Columbine High School shooting – a 1999 massacre in Colorado that left 13 people dead – America has been afflicted by “a contagion of school shootings carried out by deeply evil, violent and mentally disturbed young men,” Trump said. He called for steps that would actually help prevent such violence, such as strengthening mental health services and responding effectively to the red flags that are typically raised before mass shootings.

“We need to drastically change our approach to mental health,” Trump said. “There are always so many warning signs. Almost all of these disfigured minds share the same profile.”

Trump saved his harshest words for the Uvalde shooter, who was identified as 18-year-old Salvador Ramos and who was killed by police on Tuesday. “The monster who committed this crime is pure evil, pure cruelty, pure hatred, absolute pure hatred. And while those he slaughtered are now with God in Heaven, he will be eternally damned to burn in the fires of hell.”