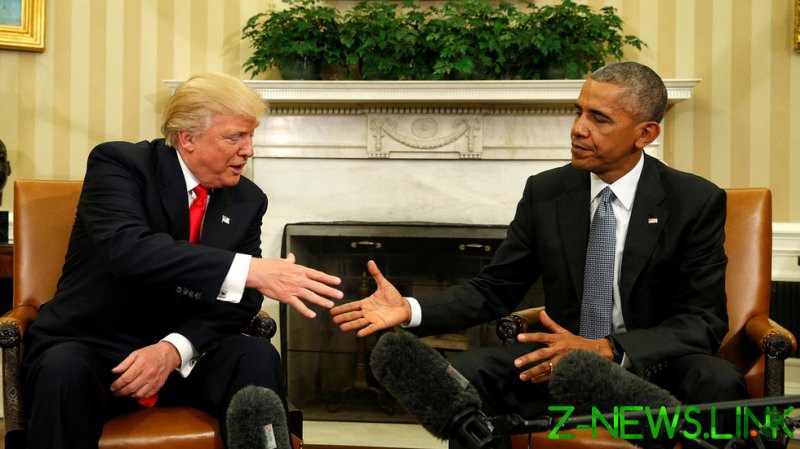 Eighteen percent of respondents to the survey, released Tuesday, named President Trump as their most admired man, while Obama’s support dropped to 15 percent. Despite his presidential victory and inauguration day looming, Biden garnered only six percent support.

The current US president has topped Gallup’s annual ‘most admired’ poll for 60 out of 74 years. Trump has finished second to his predecessor Obama in both 2017 and 2018, and the two tied in 2019.

Trump’s position in the poll has liberal social media users mocking it, especially in light of the president’s reelection loss, while more supportive users are pointing to it as proof of the president’s steadfast support among Americans.

While Trump received less than 20 percent overall in the poll, 48 percent of respondents who identified as Republican voted him their choice for ‘most admired man.’ By comparison, among those who identified as Independent, 11 percent cast their vote for Trump.

One Obama did end up topping the charts, with former First Lady Michelle Obama being named the ‘most admired woman’ of the year – her third time – being followed by folks like Kamala Harris, Oprah Winfrey, Rep. Alexandria Ocasio-Cortez (D-New York), and Hillary Clinton.

Gallup’s survey was conducted with over 1,000 respondents between December 1-17 and has a margin of error of plus or minus four points.