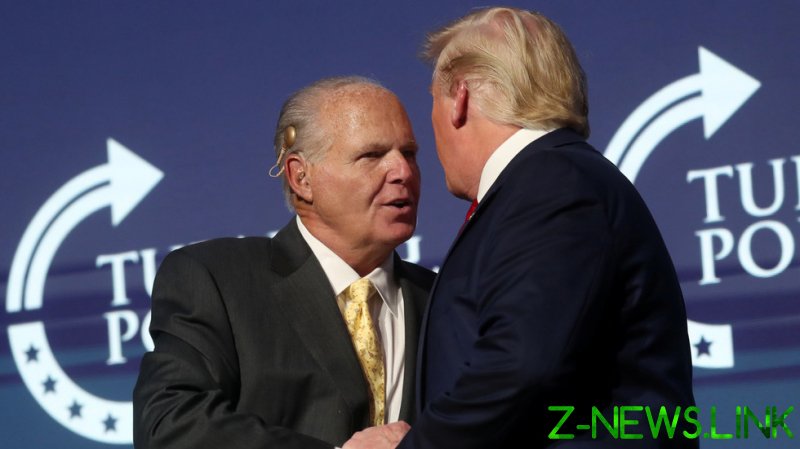 “Looking forward to speaking with the great Rush and guests,” Trump said Thursday afternoon in response to a message by journalist Jack Posobiec, who tweeted that the president would host Limbaugh’s show on Friday as a “virtual MAGA rally.”

Limbaugh announced earlier Thursday on his show that Trump would join him Friday for “the largest virtual rally in radio history.” He added, “It will be special, and I’m looking forward to it.”

The announcement came just hours after Trump said he wouldn’t participate in next week’s scheduled debate with Biden after the Commission on Presidential Debates decided to make the event virtual, rather than in-person. “I’m not going to waste my time on a virtual debate,” he said Thursday morning in a Fox Business interview. “That’s not what debating’s all about. You sit behind a computer and do a debate. It’s ridiculous, and then they cut you off whenever they want.”

Limbaugh, presumably, will give Trump plenty of time to talk without interruption. Trump awarded the Presidential Medal of Freedom, the nation’s highest civilian honor, to the conservative radio host in February for “decades of tireless devotion to our country.”

Limbaugh, who is battling lung cancer, said in May that he has 43 million listeners to at least part of his show daily.

Trump’s decision to take calls from radio listeners after refusing an online debate led to mockery from Biden supporters, including one who insisted that he’s “scared” of the Democrat candidate. Another Twitter commenter said Trump prefers to talk to his “sheep base that drool over him. He can’t handle smart people, the majority of Americans who ask legitimate questions and don’t enjoy him mocking decent people daily.”

But other observers argued that Trump didn’t want to risk being easily muted by the moderator or agree to a format that could allow Biden to be fed his answers from off camera. Another commenter quipped, “Literally no one is scared of Joe Biden except his interns and little kids.”