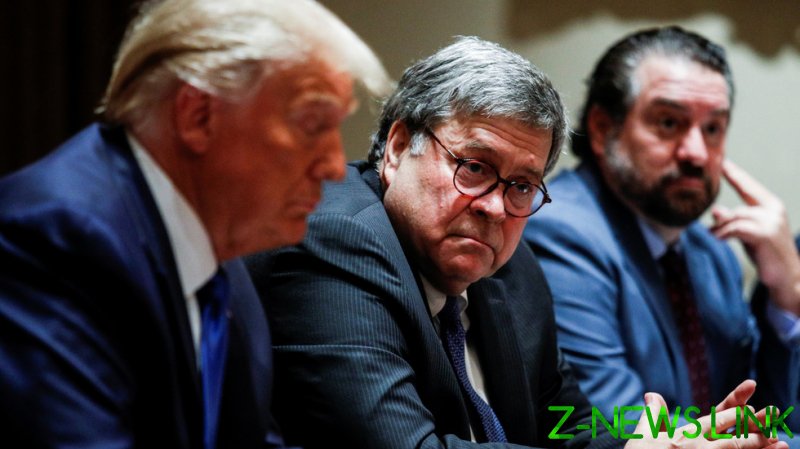 After the Wall Street Journal reported that Barr had known about investigations into projected President-Elect Joe Biden’s son Hunter Biden but sought to keep the news from reaching the American public during the 2020 election, Trump shared a post from conservative commentator Todd Starnes calling for Barr to be “fired by the end of business today.”

“A big disappointment!” Trump commented. “If Biden gets in, nothing will happen to Hunter or Joe. Barr will do nothing, and the new group of partisan killers coming in will quickly kill it all.”

“Same thing with Durham. We caught them cold, spying, treason & more (the hard part), but ‘Justice’ took too long. Will be DOA!” he went on, referring to allegations that the Obama administration had spied on Trump’s 2016 presidential campaign.

Trump concluded his morning tweets with a final post that simply warned, “WE HAVE JUST BEGUN TO FIGHT!!!”

Trump’s complaint came hours after the Supreme Court shot down a Texas election result lawsuit, backed by 18 Republican-led states. This prompted the president to tweet in the early hours of Saturday morning that the court “really let us down,” and lacked “wisdom” and “courage.”