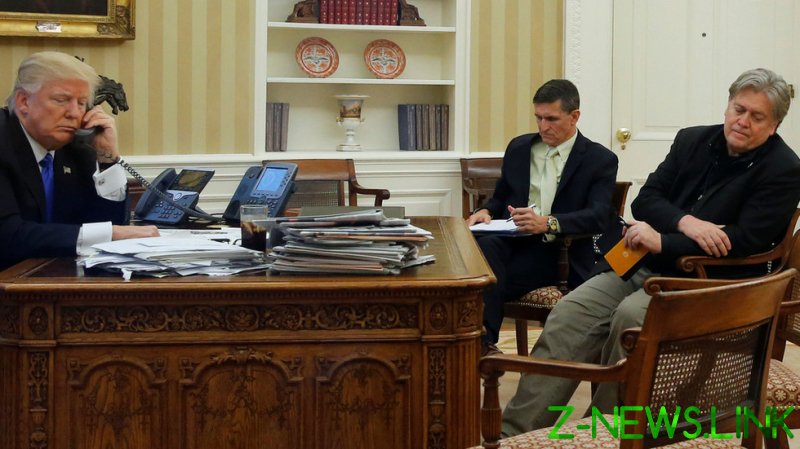 The public campaign to convince President Trump to stop the prosecution of the two whistleblowers – even merely as a snub to his political opponents – has ultimately failed. Neither the jailed founder of WikiLeaks nor the fugitive NSA contractor were on the list of clemencies released on Tuesday.

Trump did, however, pardon Steve Bannon, his former chief strategist, who was accused of defrauding donors in the “We Build the Wall” campaign. The drive was touted as a way of privately funding some parts of a wall on the US southern border, which was a key campaign promise for Trump. Bannon fell out of favor with Trump soon after helping him win the 2016 election, but some media recently claimed the pair have been on a better footing lately.

Trump also gave a full pardon to Dwayne Michael Carter Jr., who is better known by his stage name, ‘Lil Wayne’. The rapper was facing a decade in prison on a firearms-related charge. The White House statement explained the decision to offer him clemency by citing Carter’s generosity through donations to charities and adherence to family values.

Joseph Maldonado-Passage, known as ‘Joe Exotic’ was widely expected to be granted clemency, but didn’t make it onto Trump’s list after all. The TV star and the protagonist of a hit Netflix documentary will continue to serve his 22-year prison term. Another prediction that failed to materialize is that Trump would pardon himself. Critics of the outgoing president said such a move would have been highly questionable and likely unconstitutional, but claimed it would be consistent with Trump’s character.

With one of the pardons, Trump further cemented his reputation as one of the most pro-Israeli presidents in US history. Aviem Sella, an Israeli spy, is no longer considered a convicted criminal by the US justice system. The pardon is mostly symbolic, since Sella was tried in absentia and never saw the inside of a US jail, instead continuing his successful military career in Israel and even becoming a general. Granting him clemency is meant to “close this unfortunate chapter in US-Israel relations,” according to the Trump administration.