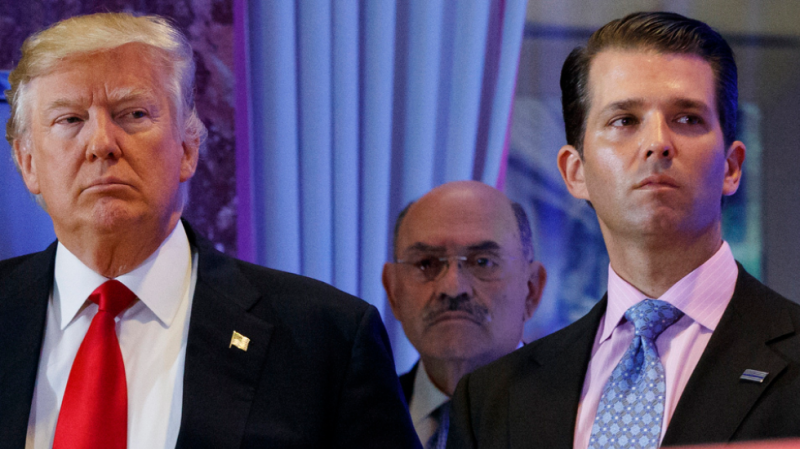 The 73-year-old was seen entering the Lower Manhattan building that houses the office of DA Cyrus R. Vance Jr., accompanied by his lawyer, early on Thursday morning, media outlets reported.

The legal development reportedly stems from a wider investigation that Vance is conducting into the business practices of the former US president and his company. His office is cooperating with New York State Attorney General Letitia James. If confirmed, this week’s indictment would be the first that the probe has resulted in so far. Donald Trump himself is not expected to be charged with any crime on Thursday.

Earlier, the US media said Weisselberg and the company he works for had been indicted by a grand jury on Wednesday.

Weisselberg’s personal lawyer, Mary Mulligan, confirmed he had turned himself in, according to NBC, but declined to comment on the expected indictment.

The unsealing of the indictment is expected later in the day. Reports say the charges may be related to tax evasion by the Trump Organization and its employees, who received various benefits during their employment.

The company responded to the looming indictment by accusing the DA’s office of using its CFO “as a pawn in a scorched earth attempt to harm the former president.”

Vance “is bringing a criminal prosecution involving employee benefits that neither the IRS nor any other District Attorney would ever think of bringing. This is not justice; this is politics,” a statement from the Trump Organization said.

Weisselberg started his career as an accountant under Donald Trump’s father, real estate magnate Fred Trump, in the 1970s. He has since worked for Donald Trump, and rose to senior management level in the 2000s. Reputedly fiercely loyal and dedicated to the job, Weisselberg is understood to have unprecedented knowledge of the inner workings of the Trump Organization.

After launching the probe in August 2018, the Manhattan District Attorney’s Office reportedly put the CFO under increasing pressure in an attempt to get him to cooperate.

Trump himself described the investigation as an extension of a “witch hunt” by his political opponents.