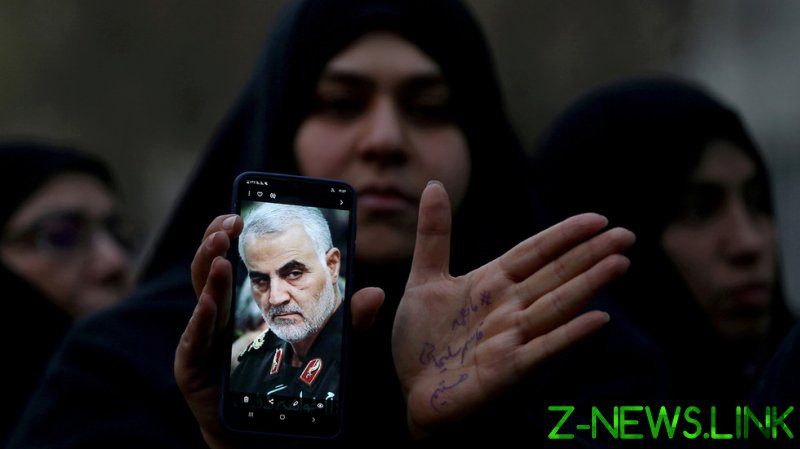 “Mr. Trump, you murdered my father, the General who led the victorious war against ISIS/Al-Qaeda, with the perverse hope that you will be seen as some sort of hero,” Zeinab Soleimani tweeted on Wednesday, under an alternate spelling of her surname.

Soleimani’s tweet – which was accompanied by an image showing a poster of Trump’s face and the words “American terrorist” – came just hours after the swearing-in of President Joe Biden, who took office on the heels of a tumultuous Trump presidency that saw a dramatic spike in hostilities with the Islamic Republic. US-Iranian tensions peaked last January after General Soleimani’s assassination near Baghdad International Airport, which itself came amid a relentless US sanctions campaign seeking to cripple Tehran’s vital oil exports to “zero.”

READ MORE: Assange pardon could have been Trump’s lasting legacy. He failed to secure a place in history

Iranian Foreign Minister Mohammad Javad Zarif, who shared Soleimani’s post on Twitter, issued a similarly harsh statement following Trump’s official ouster from the White House, saying that the ex-president and Secretary of State Mike Pompeo had been “relegated to the dustbin of history in disgrace.” He added a tribute to the late Quds Force commander, noting that his memory would “shine on,” despite those “murdered, maimed & starved of food & meds by Trump’s state.”