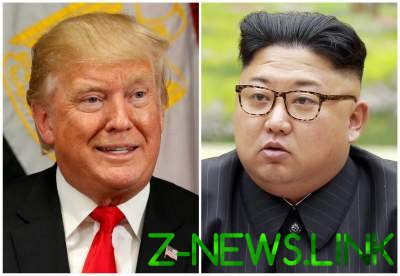 Trump came up with a new nickname for North Korean leader.

The US President Donald trump called the leader of the DPRK Kim Jong-UN as the “sick puppy”.

“Tax reform is a huge support because the tax cuts will be rocket fuel… Little rocket man!” — trump said, interrupting himself.

The word “rocket” has forced the American President to recall Kim Jong-UN a day after Pyongyang re-launched ballistic missile. “Sick puppy,” added trump, referring to the North Korean leader. Two weeks earlier the US President said that he hoped to become friends with Kim Jong-UN. In the same message he was troubled by the fact that the leader of North Korea insults him.