Home / WORLD / Trump has 2 months left to attack Iran, and here’s why he might

Trump has 2 months left to attack Iran, and here’s why he might 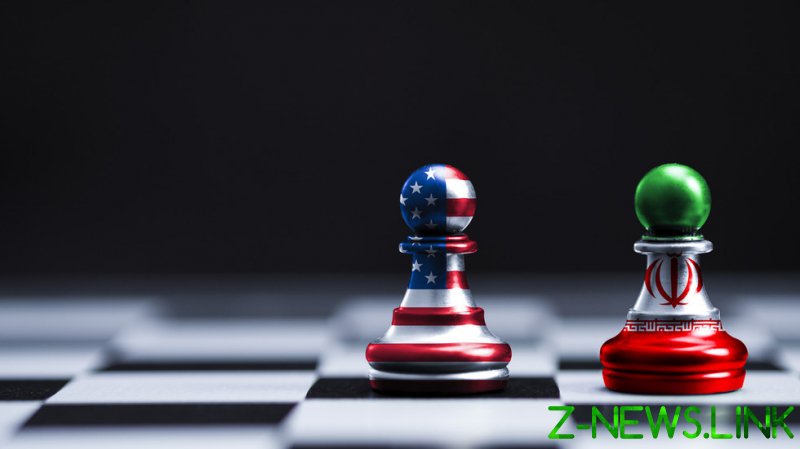 Having advocated a “maximum pressure” approach against Tehran at the behest of Saudi Arabia and Israel for two years, the Donald Trump administration has sought to weaken the regime and forcefully contain its regional ambitions. However, with the ascension of Joe Biden to the presidency come January – one of the original advocates of the Joint Comprehensive Plan of Action (JCPOA), or the Iran Deal – there is a growing fear in both Washington and Tel Aviv that all the Trump administration’s “good work” might soon be undone.

The time left is short, but the chances of a last gasp confrontation between the US and Iran are high. The International Atomic Energy Agency (IAEA) stated today that Tehran had enriched uranium up to 12 times the amount capped by its nuclear agreement. The Islamic Republic has steadily backtracked on its commitments to the deal as a means of leverage, but has denied it is seeking to develop a nuclear weapon. But “dialogue” isn’t what the Trump-era White House is looking for; it wants no “normalization” with Iran as it is, which it maintains was Obama’s “biggest mistake.” Thus, in the two months ahead, we should expect the White House to do everything it can to uphold “the new status quo” even if it involves punitive action, something Trump has been happy to do before.

A vision for a New American Order in the Middle East

In dealing with Iran, Secretary of State Mike Pompeo has frequently used the buzzword that the US wants Tehran to “behave like a normal country,” but what does that mean? It can’t refer to a “type of regime” in an ideological sense given that US ally Saudi Arabia is an extremely conservative Islamic monarchy which has also been linked to spreading Islamism, but rather it might be better styled as a “country which submits to American interests,” which of course is what Tehran did prior to 1979.

The so-called concerns about Iran’s nuclear program are a façade; the real issue at stake is the strategic challenge Iran poses to the US-led “regional order” in the Middle East, whose overseers are Israel and Riyadh, both of whom lobbied the Trump administration fiercely to take a tough stance against Iran. Iran has faced off against these players through proxy conflicts in both Syria and Yemen. The all-embracing sanctions campaign pursued by Washington is in fact an effort at containment and more ambitiously, regime change.

And neither the White House nor its aforementioned parties are keen for that to change. Biden is worrisome, as it was he and Obama who orchestrated the much-loathed ‘Iran deal’ in the first place, a deal which empirically ended Tehran’s nuclear program but let them off the leash for everything else. Naturally, the administration and Tel Aviv will be contemplating now what can be done to stop this from happening. Pompeo himself will be paying Israel a visit and vows to extensively up sanctions on Iran before January, but the big question is, will that be enough? And will it change anything?

Do not underestimate ‘the military option’ – it is politically viable for a number of reasons. As the assassination of top Iranian general Qassem Soleimani at the beginning of this year has shown, the Trump administration is very much prepared to use kinetic action against Iran and provoke a crisis for political gain. Providing it does not go as far as an outright war, Washington has very little to lose by doing this. Iran can strike US bases nearby, but it cannot harm the US itself. Secondly, political opposition at home is low – being a hyper-demonized country, it is easy to fabricate a false narrative that Iran attacked first and dismiss anything it does as a “terrorist state.”

In addition to that, Benjamin Netanyahu recognizes that he will never have it as good with the US as he has it right now. The Trump administration has been devoutly pro-Israel, the Obama administration was not, and thus with Biden, it’s only downhill from here. Given this, Tel Aviv may be looking for some permanent crippling of Iran’s capabilities, which sanctions alone cannot deliver, it would want to maximize its own leverage before the new administration rows anything back. The only way to do that is via military means.

A tense two months ahead

The next two months are going to be a bumpy ride. We have a US presidency that refuses to accept it has lost an election and will be looking for ways to remain in power, a foreign policy legacy it wishes to consolidate permanently, and an easy target in Iran. The Trump administration launched a maximum pressure campaign against Iran for strategic motivations, and on the whim of lobbying from allies. All that risks being undone as the Biden administration will be a supporter of returning to the JCPOA, thus leading to a thought scrambling on what precisely can be done to stop that happening. More measures on Iran are one thing, but they can be easily negotiated away; a series of attacks against specific sites and sectors, however, cannot. A trigger-happy Trump might just see attacking Tehran as the solution to all his problems.