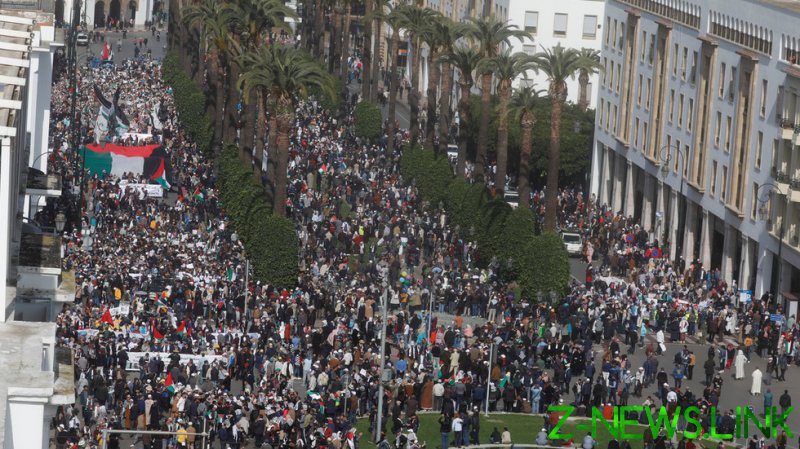 White House officials told Reuters that Trump sealed the deal in a phone call on Thursday to Morocco’s King Mohammed VI. Trump then hailed the agreement on Twitter as a “massive breakthrough for peace in the Middle East.”

Unlike some of the Arab states, the North African nation, considered to be part of the Greater Middle East, was not technically at war with Israel. However, it has not openly acknowledged the existence of the Jewish state until now. Despite its public position of non-acknowledgement, Morocco secretly communicated with Israeli intelligence at several decisive moments during Israel’s conflicts with its Arab neighbors.

Under the new agreement, Morocco and Israel will establish full diplomatic relations and airline connections with each other, and “promote economic cooperation,” White House adviser Jared Kushner told Reuters.

In signing the US-brokered deal, Morocco follows in the footsteps of the United Arab Emirates, Bahrain, and Sudan in establishing relations with Israel.

Prior to the deal, some Moroccan commentators wrote off rumors of an agreement as far-fetched, in light of the ongoing conflict between Israel and Palestine, and what one Moroccan journalist called his country’s “dedication to the Palestinian cause.” Morocco also saw mass protests against Trump’s Middle East peace plan in February 2020, which they view as tilted against Palestine.

Trump, however, has a transactional view of diplomacy. Alongside the agreement, his administration promised to recognize Morocco’s sovereignty over “the entire Western Sahara territory.” Situated to the southwest of Morocco, Western Sahara has been fought over by the Moroccan government and Algerian-backed rebel groups since Spain relinquished control of the territory in 1975.

According to the White House, Trump “reaffirmed his support for Morocco’s serious, credible, and realistic autonomy proposal” for Western Sahara, which would see the region granted autonomy along the lines of Catalonia and the Basque Country, in Spain.

On Twitter, however, Trump painted the recognition as payback for Morocco’s decision in 1777 to recognize the fledgling USA – the first country in the world to do so. “It is thus fitting we recognize their sovereignty over the Western Sahara,” he tweeted.

On Twitter, however, Trump painted the recognition as payback for Morocco’s decision in 1777 to recognize the fledgling USA – the first country in the world to do so. “It is thus fitting we recognize their sovereignty over the Western Sahara,” he tweeted.

Following the announcement, Kushner told reporters that it is an “inevitability” that Saudi Arabia will follow suit and normalize its ties with Israel. Though run by a hardline Sunni Islamist government, Saudi Arabia has moved closer to Israel in recent years, with both nations sharing an enmity with Shia Iran.