Trump gets ‘big legal win in Pennsylvania,’ setback in Michigan and Georgia as winner of presidential race remains unclear 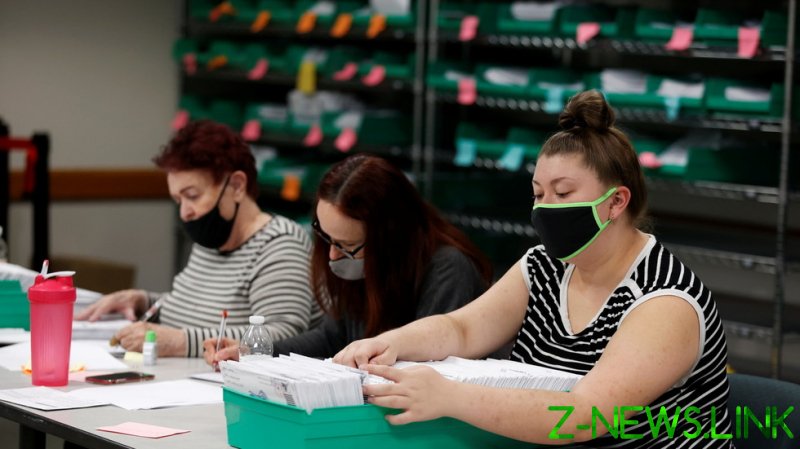 “Big legal win in Pennsylvania!” the president tweeted on Thursday, following orders mandating certain mail-in ballots to be placed aside for the time being and allowing Republican poll watchers to observe more closely as votes are counted.

It remains to be seen how this “big legal win” will benefit Trump, but it does ensure that it could be even longer before people know who has won the presidential race.

Mail-in ballots in Pennsylvania, a key swing state that remains up for grabs, that lack identifying information from their voter will be placed aside and not counted until the court gives further guidance on what to do.

Once ballots are “segregated,” those with information that cannot be confirmed by November 9 will “not be counted until further notice” from the court.

Pennsylvania Commonwealth Court has also ordered that Republican poll watchers will be able to observe ballots being counted in Philadelphia from a distance of six feet following complaints that they were being kept too far away from the actual counting.

In Michigan, the president has faced a setback with a judge scoffing at Trump’s lawsuit to stop the count in the state due to allegations voter fraud.

Michigan Court of Claims Judge Cynthia Stephens said on Thursday she will deny Trump’s request as the accusations of voter fraud are “hearsay” and contain no “firsthand knowledge.”

Michigan has been called in Joe Biden’s favor by multiple US outlets, but Trump has claimed victory in the state, blaming last minute “ballot dumps” on the former vice president’s surge on the night of the election.

Earlier, a judge in Georgia also dismissed lawsuit by Trump campaign that requested to ensure that state laws were followed in regards to absentee ballots.

Trump’s campaign has also said they will be demanding a recount in Wisconsin, which Biden reportedly won by around 20,000 votes. The incumbent president has also alleged in another lawsuit that thousands of people voted in Nevada who are not residents there.