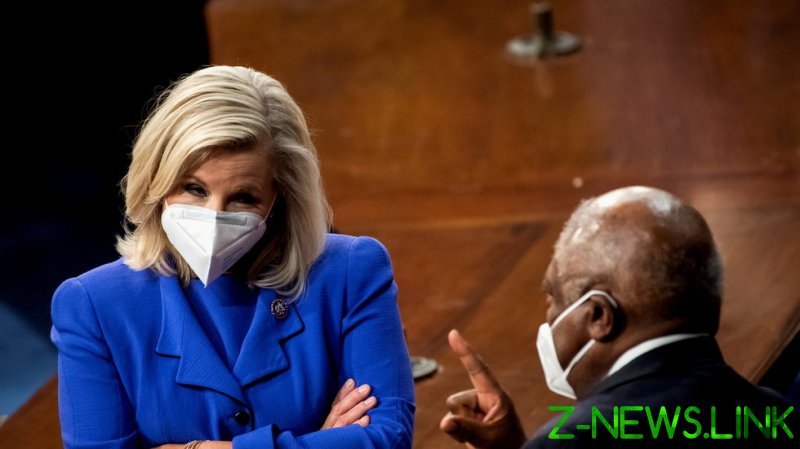 Helping Wyoming Rep. Liz Cheney along the path from censured Republican back to fresh-faced presidential possibility was Paul Ryan, the former Speaker who held a “virtual event” fundraiser in March charging $2,900 a plate — and $5,800 for the chance to co-host the event.

The Republican congresswoman took a blistering blow at Trump, despite his being out of office, insisting “we can’t embrace the notion the election is stolen. It’s a poison in the bloodstream of our democracy” at a conference on Sea Island, Georgia, two sources cited by CNN revealed. The comments were made during an off-the-record interview with ex-House Speaker Paul Ryan, addressing an array of donors, academics, and other wealthy fundraiser types in front of the Heritage Institute.

Nevertheless, some Republican bigwigs raised an eyebrow, as Cheney’s repeated condemnations of ex-president Donald Trump and his policies were peppered with prefab talking points seem to have turned their stomachs for good – whether because they’d had enough of Trump or because they were spooked after being called out by the Trump camp for voting against him on impeachment. Cheney’s showy impeachment vote to uphold her family name in the face of so-called adversity, lest her credibility die in history along with “democracy.“

“In addition,” another source told Breitbart, “asking a Beltway insider like Paul Ryan to headline a fundraiser for your campaign is something only a candidate with a 13% approval rating like Liz Cheney would do,” the Trump ally snarked to Breitbart News.

The trio, including Cheney, Ryan, and a Fox News board member, reportedly met to discuss Cheney’s future in politics – considered to be after an ally of House Minority Leader Kevin McCarthy allegedly claimed Cheney would be stripped of her leadership position before the month’s end. While Ryan attempted to insist the GOP could not possibly be divided around one person – Trump – reality seemed to prove him wrong, with the party continuing to take sides for and against the ex-president, even dialing back into issues from 20 years ago, such as the launch of the ill-fated war on terror.

Cheney has refused to be quiet about ex-president Donald Trump’s apparent inability to start as many wars as her own father did, while Trump’s wars were largely inherited from Cheney’s father. Nor did Trump start any new ones, or at least declare them publicly. The murder of Iranian Quds Force commander Qassem Soleimani aside, this was insufficient follow-through by the Wyoming neocon, part of a faction that has desperately lusted after war with Iran for years.

Not only had Liz Cheney’s father led the Bush administration into the catastrophic war on terror at ex-sooner Trump over characterizing the Iraq war as “a big, fat mistake”, attempting to smear the former reality TV star by calling him a “liberal Democrat” and accusing him of changing his political direction with the prevailing wind.

At the same time, Trump’s FBI director Christopher Wray and his vow to take on “domestic terrorism” seemed to be too little, too late for those nostalgic for the Patriot Act.

Despite the fawning media coverage of Cheney — the third most powerful individual on Congress and her acolytes – inside sources told the Washington Post that Cheney was nowhere near as popular as the media makes her out to be — boasting “less support than she thinks,” according to two individuals cited by CNN.

And another Republican source at the House had nothing but ill words for her after voting to strip her of her leadership roles in February, noting that House Republicans have accused her of dividing the conference and distracting from the party’s goals.” Nevertheless, she survived the vote.

Cheney, like her father, knows how to play the media well, and most outlets have positively covered her efforts to push the GOP back safely into establishment waters as a bulwark against further intrusions from Trump or the quasi-populist wing of the Republican Party. She distanced herself from Trump as one of the 10 Republican House members who chose to impeach him during the second round as soon as it was made clear the president would be sticking around, and made herself into a media martyr by sticking with those “principles” — avoiding any black marks on her record but grabbing at straws while knowing they wouldn’t keep her afloat —  making a show of #Resistance without actually having to “resist.”

In an outraged speech given months after the January 6th demonstration at the Capitol, a chaotic melee described by some as an “armed insurrection,” Cheney nevertheless seized the opportunity to declare the former president as a “threat to democracy.”

“What he did on January 6 is a line that cannot be crossed,” Cheney warned, forgetting the line had very much been crossed, constantly bandied about by pundits and both Democrats and Republicans – all to use as equal-opportunity political killing.

Hinting that Cheney may soon lose her seat in a primary vote. Calling The political scion a “warmongering fool,” many of the Trump-supporting contingent among House Republicans are also eager to see the back of him, to the point where they faced censure by the state Republican party

Cheney’s limp political stand seems to echo other desperate imploring mainstream media outlets, all sinking slowly as they struggle to remain relevant absent their Orange Man Bad-brand floaties. They are coming forward, but quietly, humble and shamed – though who knows how long that will offer when the elder Cheney and his ilk show up to the rescue…