Home / WORLD / True democracy was never among the founding principles of the US, why should anyone be surprised by the election chaos?

True democracy was never among the founding principles of the US, why should anyone be surprised by the election chaos? 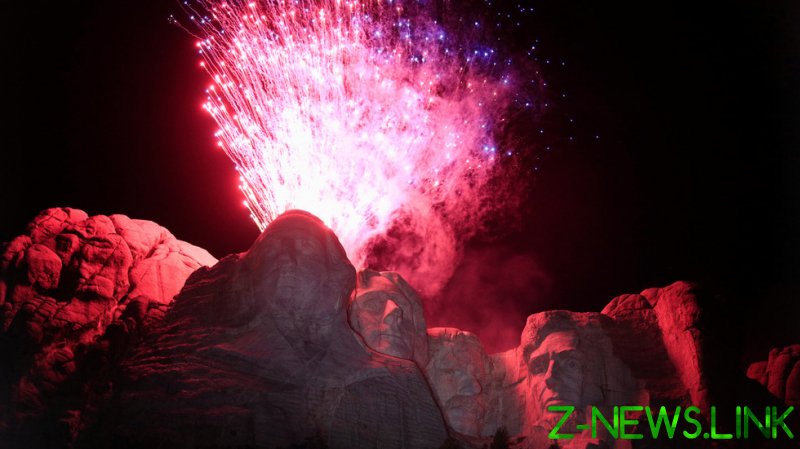 Well, the United States was never conceived as a democracy. Women, natives, slaves and the poor gained nothing in the American Revolution, which only benefited the elites and, to an extent, the middle class. Alexander Hamilton, one of the Founding Fathers, believed that the government must ally itself not with all Americans, but with the richest elements of society to make itself strong. The British throne was merely replaced with an American elite.

This is why the US elites would never allow the people to pick their president. At the Constitutional Convention, Hamilton suggested a president and Senate chosen for life. Delegate Elbridge Gerry of Massachusetts warned that “the people are uninformed and would be misled by a few designing men,” while delegate George Mason of Virginia even went so far as to argue that “it would be as unnatural to refer the choice of a proper character for chief Magistrate to the people, as it would, to refer a trial of colors to a blind man…”

The Electoral College was added to the Constitution to make sure the American vote doesn’t count the way it should. A system in which almost every state awards all its Electoral College votes to the candidate who wins the popular vote in that state was justified as giving smaller states equal say in the country. But it was about taking power away from the people.

In theory, the Electoral College can pick a president regardless of how the people voted. Of course, this would spark mass outrage in the public, but it would be in line with the US Constitution. And the Electoral College aside, there have been many controversial US presidential elections that had little to do with democracy – in 1824, 1876, 1888, 1960 and 2000. The electoral controversy in 2020 is nothing unique for the United States, but it is long overdue for the United States to stop pretending it’s a shining example of how democracy should work.

Over the past decades, Democratic and Republican presidents alike have criticized elections around the world for failing to achieve democratic standards. However, they have largely ignored cases of failed democracies that behave favorably toward US interests. Americans are not blind and, in fact, Trump was the first US president to honestly signal to the people that US government interests are above democratic principles, most notably when it comes to Saudi Arabia. The US can “express concern” over lack of democracy, but it “must defend” its interests.

So it’s about time for the United States to stop lecturing others on democracy and maybe start building democracy at home. It might also be time for people around the world to stop acting shocked at what’s happening with the Trump-Biden standoff, as if they ever really believed the United States practiced what it preached.

Tags among anyone democracy founding never principles should