Home / WORLD / ‘Trauma on top of trauma’: UK veteran says war in Afghanistan was ‘pointless exercise’ that brought him nothing but fear (VIDEO)

‘Trauma on top of trauma’: UK veteran says war in Afghanistan was ‘pointless exercise’ that brought him nothing but fear (VIDEO) 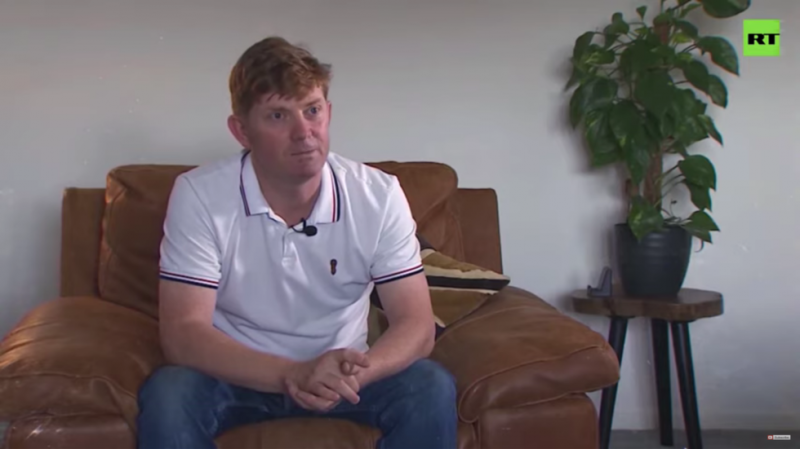 Former colour sergeant Trevor Coult was awarded the Military Cross, the British Army’s third-highest honour, for his bravery in Iraq and served several tours in Afghanistan. He wrote a book about his experiences during operations in Sangin, which were among the bloodiest battles for both UK and US forces in Afghanistan.

Coult has since been open about his struggles with post-traumatic stress disorder (PTSD), and even said in 2016 that he was selling his medals because they brought back painful memories.

“If you’ve been through hell, and you’re still living it, you just get a feeling of fear,” Coult told RT.

“When I first went to Afghanistan, we were told that we were going to burn the poppy fields. That plan changed the moment we landed,” the former soldier said.

Under then-Prime Minister Tony Blair, the UK joined the 2001 US-led invasion of Afghanistan as part of a global war on Islamic terrorism launched by Washington after the 9/11 attacks. More than 140,000 UK soldiers fought in a campaign that lasted for nearly two decades, and 457 of them never came back.

“Soldiers are very good at taking orders and just getting on with it and not questioning orders,” Coult said.

Coult lost a close friend in 2008, when their unit was fighting the Taliban insurgents in southern Afghanistan.

The casualties were high during the operation, and many were left with mental scars, the veteran said. “It’s trauma on top of trauma, a constant high threat, over weeks and weeks and months.”

Between 2001 and 2020, there were 284 suicides among regular UK armed forces personnel, according to the Ministry of Defence. The government has urged veterans to reach out for help, if the recent takeover of Afghanistan by the Taliban and the chaotic scenes of evacuations from Kabul had reignited traumatic memories.

The Taliban’s stunning victory ran concurrent with the final stage of the withdrawal of US and other Western forces from the country, which was completed on August 30. For Coult, the withdrawal process was “a complete mess” that lacked a coherent strategy.

“We were going to leave anyway. But we could’ve done it in a systematic approach,” he said.

“You don’t even need to have a military mindset to understand that if you’re going to extract [yourself] from a country, you bring back all your citizens from the embassy. Put them in a secure base and fly them out. What you don’t do is fly out your military and then go, ‘What about the civilians?’”

The Royal Air Force evacuated more than 15,000 UK nationals and Afghan helpers in the span of two weeks after the militants seized Kabul on August 15. Last month, the government said an additional £2.7 billion ($3.7bn) will go to veteran’s health services.