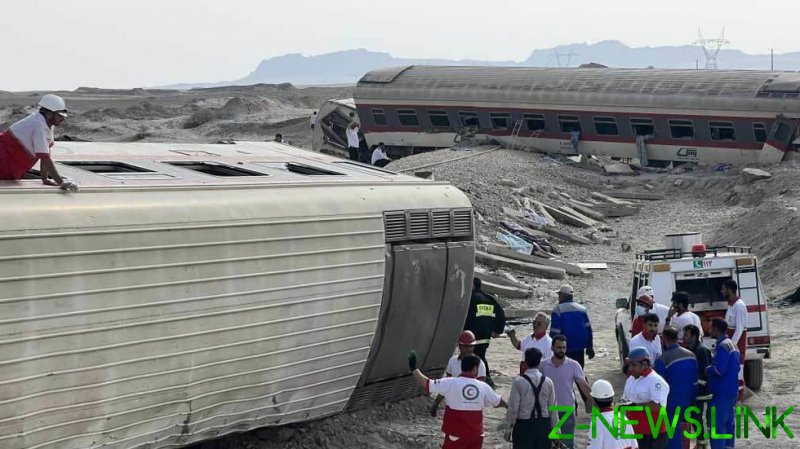 At least 17 people have been killed and 50 injured as a result of a train derailment in eastern Iran, according to the Iranian Red Crescent charity, which is providing assistance at the scene.

The incident happened early on Wednesday morning, around 50km from the desert city of Tabas, near Mazino station. Some of the passengers who were on the train from Mashhad to Yazd are in a critical condition.

“The train was carrying 348 passengers and crew. Out of 11 wagons, six wagons were damaged,” the charity said.

Dozens of its rescue workers have been dispatched, along with 10 ambulances and three relief helicopters.

According to the statement from the Islamic Republic of Iran Railways, quoted by the Iranian official news agency IRNA, the derailment occurred when the train collided with an excavator. Governor of Tabas Ali-Akbar Rahimi told IRNA that relief workers are still searching all carriages for injured or dead passengers.