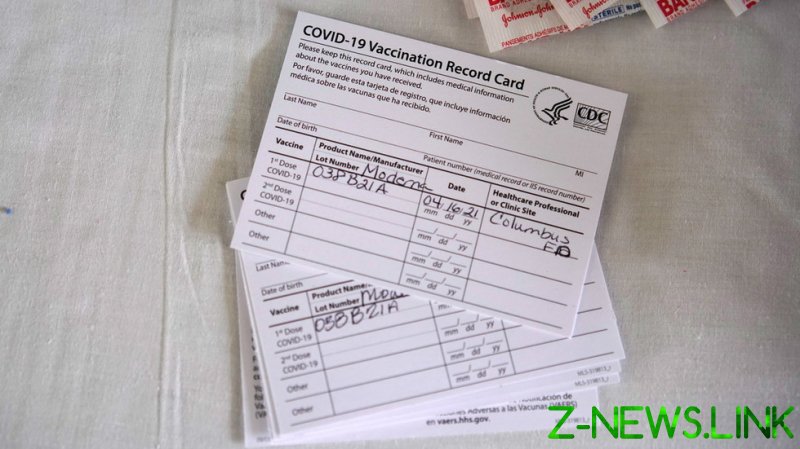 Previously identified as Chloe Mrozak of Oak Lawn, Illinois in court documents obtained by a Hawaii news outlet, the 24-year-old tourist failed to appear for a virtual court hearing on Wednesday, prompting Judge Karin Holma to issue a $500 bench warrant for the woman.

Mrozak was initially arrested last month after allegedly attempting to pass off a fake vaccine card. Submitted online through Hawaii’s Safe Travels Program, which allows tourists to bypass a mandatory 10-day quarantine, the document appeared convincing save one major spelling error, which rendered “Moderna” to “Maderna.”

State investigators were already tipped off to the suspicious card by the time the woman arrived on Hawaii’s Oahu on August 23, but failed to locate her after finding she was not at the hotel she listed in airport records. They eventually tracked her down days later at the Daniel K. Inouye International Airport as she attempted to board a departure flight, arresting her on the spot.

While Mrozak’s handwritten vaccine card listed a site in Delaware as the location she was immunized, claiming National Guard members administered the shots, authorities could find no other record of her vaccination. As she was being arrested, she also reportedly told officers that she was vaccinated by her own doctor.

Mrozak was ultimately released without bail earlier this month after being charged with two misdemeanor counts for flouting Hawaii’s emergency Covid-19 rules, according to the Associated Press. Though a public defender represented her at previous hearings, that is no longer the case as of Wednesday. It is unclear if she has hired another attorney since, and hung up on an AP reporter who attempted to reach her for comment.

The 24-year-old is not the first Hawaii tourist arrested for falsified vaccine cards, with a Florida couple taken into custody last month after attempting to use fake passes for themselves and their two children. One week earlier, a father and son were also arrested on allegations they gamed the Safe Travels Program with fake cards; they have since been charged and arraigned.

In mid-August, a Chicago-based pharmacist was slapped with 12 federal counts after allegedly making off with more than 100 official Centers for Disease Control and Prevention (CDC) vaccination cards and selling them on eBay for $10 a pop. The 34-year-old pharmacist made a little over $1,200 on the stolen cards, the Department of Justice claims, but now faces up to 120 years behind bars if convicted on all 12 charges.