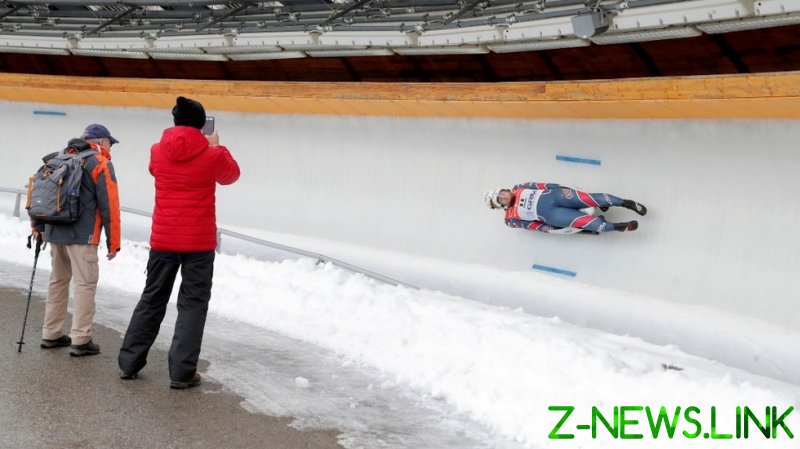 Kashkin and Korshunov, who are the European champions, were in action in the doubles event, which features two sliders on one sled as they race down the run at speeds approaching 80 miles per hour.

The masterful duo’s fortunes in the first race of the day hit trouble as they crashed at high speed during the run. The pair managed to recover and get back onto their sled to continue, but hit more problems as they made their final approach to the finish line.

The final section of the run is on a slight incline in order to help sleds slow down safely as they cross the line. With their sled traveling at a slower speed than usual, they came to a stop just a couple of meters short.

The lugers then pushed off the ice to complete the race but, despite attempting to finish their run, were stopped by officials who disqualified them.

By using their hands in an attempt to push off the ice and complete the run, they unwittingly broke the rules of the event.

It capped a disappointing weekend for Kashkin and Korshunov, who had finished 12th in their World Cup sprint race the previous day.