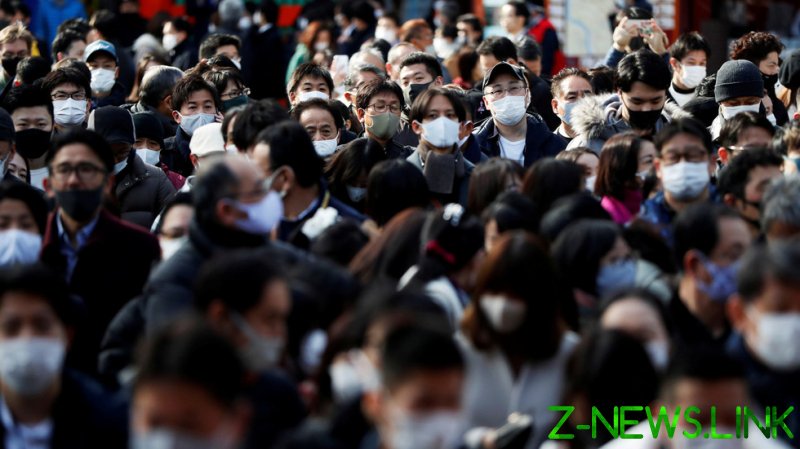 Japanese Prime Minister Yoshihide Suga said on Monday that he was considering a state of emergency for Tokyo and the three neighboring prefectures. The governors of the four regions have urged Suga to take action amid a spike in coronavirus cases.

The Japanese leader said that he would also mobilize military medics if the situation worsened, vowing to provide hospitals and medical facilities with the resources they need to avoid being overwhelmed. Suga did not specify when his government might take action, however, and he also declined to elaborate on what restrictions could be placed on Tokyo and the surrounding region. Bars and restaurants could be asked to close by 8pm later this week as an interim measure, local media reported, adding that businesses that comply with the guidance could be eligible for compensation. Japanese law does not allow for strict lockdowns enforced with fines and other penalties. However, the country was placed under a state of emergency in April by Suga’s predecessor, Shinzo Abe, who urged non-essential businesses and schools to close. The advisory was lifted a month later.

The government currently advises restaurants to close their doors by 10pm, but Suga acknowledged that the guidance has not been effective in Tokyo.

“Even during the three days of the New Year’s holidays, cases didn’t go down in the greater Tokyo area,” Suga said during a news conference, adding that a “stronger message was needed.”

Despite the health crisis, the prime minister has pledged that Tokyo will host the Olympics this summer, promising that “steady preparations” will make the games “safe and secure.”

Japan and the International Olympic Committee decided last March to delay the Games by a year as nations around the world shut their borders and banned travel due to the pandemic.

Tokyo registered a record 1,337 coronavirus cases on Thursday, and cases with serious symptoms rose to 101. The city accounted for 816 of the 3,100 new infections reported in the country on Sunday, bringing the capital’s total case tally to 62,590.