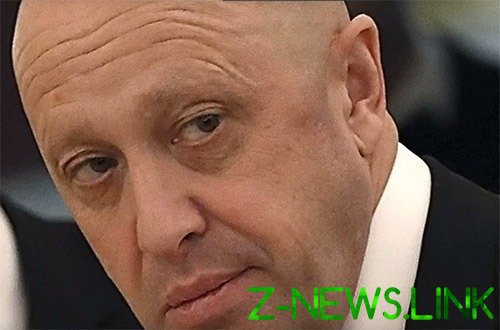 To “chef Putin,” Yevgeny Prigozhin, who supply food to schools, hospitals, military units, summer camps, etc. over the past eight years filed more than 700 lawsuits for a total amount of 900 million rubles, the newspaper found out the “Project”, examining the arbitration case during this period.

In the array of cases found 22 companies. Some of them link with Prigogine video — it appears the founder. Other only indirectly linked to the billionaire: prigoginei firms, they have the same addresses, telephone numbers and the names of the founders. Most of these companies profitable, it said “Project”.

The first claim of the customers to the quality of food appeared in the texts of the decisions in 2011. By estimates of the edition, these firms had submitted 711 claims nearly 900 million rubles, they put forward counter-claims (533-claim) for 2.9 billion roubles. Disputes arose with the structures of the Ministry of defense, Moscow schools, hospitals and other budgetary institutions. Every fourth case company Prigogine, who the defendants have won.

From the texts of arbitration cases journalists have identified several categories of problems with supplied products: foreign body in food, infectious diseases, delay.

See also:  Became known, the terms on which Ukraine will receive from US $500 million

So, in 2016, the cockroaches in the porridge with sausages and human hair in bread rolls for Breakfast were found in the dining room of the Krasnodar higher military aviation school, which served “Restoranservis Plus”. The structure of the defense Ministry sued the company 325 thousand rubles. With “Concord” (the main company Prigogine) the organization had the General managers and phones. In may 2017 arthropods found in the dining room of the military unit in Yaroslavl, in February, found a hair in beef stew checking the dining room of the Military Academy of radiation, chemical and biological protection in Kostroma. For meals answered MTTs, OOO.

“Project” lists a number of such cases. Only in 2019 for the “Project” companies had filed 29 lawsuits. Continue to plead with schools, the military and hospitals 10 companies.

See also:  It became known as the Russian military is in Ukrainian prisons

The most “stressful” has become in 2017 there were 477 claims with their participation as Complainants and defendants. Company “schoolboy” and “Shkolnik-Yuz” can be called “leaders” in the ranking, this year they have filed 109 lawsuits against the city schools (55 and 54 respectively). Leader over the entire period among the defendants was the company “Main line”, which received 114 of the lawsuits among the plaintiffs — “Shkolnik-Yuz”, 123 filed claim.

The publication notes that generally such claims to nutrition would close any business access to budget money, and cites in 2017, when the inhabitants of Volgodonsk have achieved contracts for supply of nutrition in kindergartens and dismissal of the official.

But the firms allegedly affiliated with the “Kremlin chef”, continue to receive government contracts. The company, which became the object of study in this article, for all time earned on public procurement 139 billion rubles, counted in the “Project”.