Home / WORLD / To break the law or not? How Orthodox Jews are increasingly divided over brazen breaches of lockdown regulations

To break the law or not? How Orthodox Jews are increasingly divided over brazen breaches of lockdown regulations 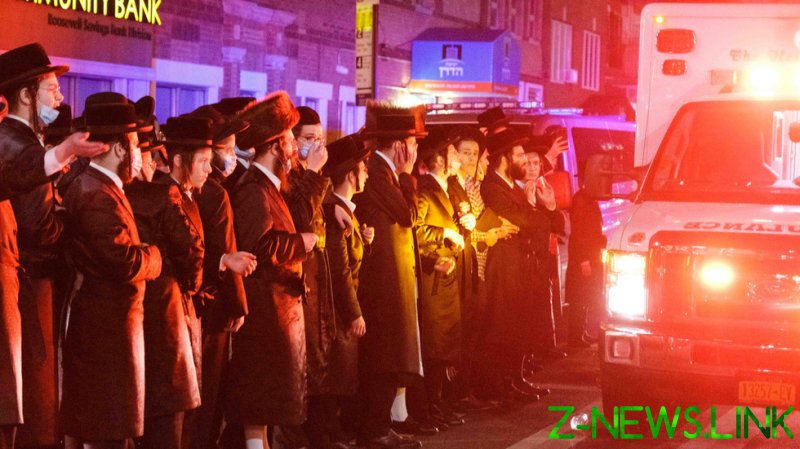 One of the most contentious debates throughout the pandemic has been what is and isn’t worth flouting quarantine rules for. And, arguably, nowhere is this a more heated issue than in the Orthodox Jewish community.

All over the world, many Orthodox Jews have continued hosting large gatherings to celebrate weddings or observe religious holidays, regardless of the local lockdown regulations.

The issue sparked national debate in the UK in January, when reports emerged of a wedding attended by more than 150 at an ultra-Orthodox school in the predominantly Jewish area of Stamford Hill, north London.

There were then allegations of wedding organisers asking for cash donations of up to £10,000 in advance to cover potential fines if Stamford Hill events were raided by police.

And in recent days, a senior rabbi has demanded an end to the weddings in London, where Covid rates in the local Orthodox Jewish community are among the worst in the world. “Weddings should not go on in these circumstances,”said Rabbi Herschel Gluck.

“Weddings are very central in Judaism. In the Torah, the first commandment is ‘be fruitful and multiply’. It goes to the very core of the Jewish experience. Therefore, there is a great need and a great urge to have weddings – but we need to put the brakes on.”

However, in New York City, where I live, a judge had to block a ruling that would limit religious gatherings to 25 percent capacity – while other types of gatherings were allowed to operate at 50 percent – noting that religious activities should not be treated as less significant than secular ones.

Indeed, it might strike one as a little hypocritical to say that it is worth flouting quarantine rules to go to a Black Lives Matters protest – as many social media users would – but not Sukkot. Who is to say? You are, to make the obvious joke, not God.

The argument that it’s selfish because you might get other people sick isn’t really as applicable when you’re talking about an intensely insular community. And the argument has increasingly less sway now that there’s a vaccine and people are being encouraged to individually determine which risks to take or not take depending on their personal circumstances.

While I am not Orthodox Jewish, I do respect people who might perhaps believe that spending time with your loved ones while you are alive is more important than worrying that you might die.

But there are those that understandably disagree. Some have broken from the Orthodox faith entirely over this issue, while others, like Orthodox Jewish journalist Avital Chizhik-Goldschmidt, 29, believe that the pandemic should be treated as an exception to the rules of her faith.

“In terms of the legal ethos of Jewish law, it’s actually rather problematic,” she said. “Judaism is all about calculating risks and mitigating them – with preservation of human life of utmost importance. It’s throughout legal texts of the last few centuries, in previous pandemics.

“What has happened, I think, in a post-Holocaust world is that we have really glorified martyrdom, even if self-inflicted – so people are sort of like ‘Well if I die for going to synagogue, it was for a holy reason.’”

While it is certainly a more fatalistic approach than the “survival-of-the-fittest” argument espoused by many Donald Trump supporters, it can still be viewed as selfish if you want to be part of a civic society.

“I think people have rights until it becomes potentially dangerous to others – speed limits and school vaccination requirements are examples of that,” she continued.

And while it is important to preserve the traditions of the past, there are circumstances that simply force a community to modernize – at least temporarily.

“Orthodoxy is built all around large communal gatherings. Once you take that away, the whole system begins to falter. It’s a beautiful and notable and radical thing in general, in the 21st century. But in times of a pandemic, it’s certainly an Achilles heel.”