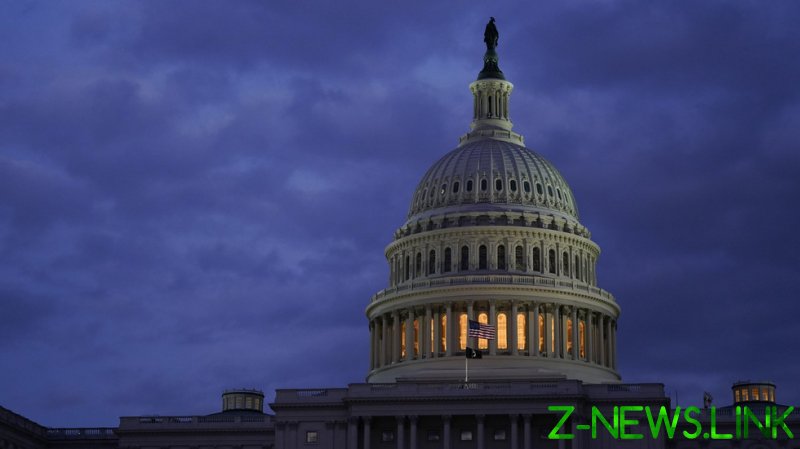 The US Capitol was evacuated for a short time after police said an unidentified aircraft could pose a threat. A top lawmaker later clarified that the incident was the result of a lapse in communication between federal agencies.

The US Capitol Police issued an alert to lawmakers and congressional staffers around 6:30pm local time on Wednesday evening, saying a plane was spotted over the area which posed a “probable threat” and ordering a full evacuation of all buildings at the complex.

Just 20 minutes later, however, police declared there was “no threat at the Capitol” and said the alert came “out of an abundance of caution.” The department later announced that the building was cleared to reopen, but offered no further details about the incident.

The plane in question was actually carrying members of the US Army Golden Knights, who were set for a parachute demonstration over Nationals Park ahead of a baseball game. It is unclear why police were not informed about the plan, which was arranged ahead of time. 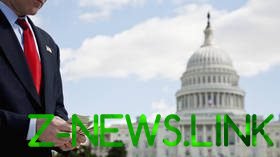 “We are reviewing all aspects of the event to ensure all procedures were followed appropriately to coordinate both the flight and the parachute demonstration,” Kelli LeGaspi, a spokesperson for the US Army Recruiting Command, said in a statement. “We will not comment further until we are able to determine the facts of the situation.”

The twin-engine plane took off from Joint Base Andrews in Maryland and had circled the closely guarded airspace around the Capitol complex before the alert was issued, the Associated Press reported. The outlet added that the aircraft “remained clear of the prohibited airspace over the Capitol Building and other government complexes at all times,” but cited officials who said “the pilot may have not properly reported taking off or had appropriate clearance.”

US House Speaker Nancy Pelosi later pinned blame on the Federal Aviation Administration, suggesting it was responsible for informing law enforcement about the planned flyover and demonstration.

“The Federal Aviation Administration’s apparent failure to notify Capitol Police of the pre-planned flyover of Nationals Stadium is outrageous and inexcusable,” she said in a statement. “The unnecessary panic caused by this apparent negligence was particularly harmful for Members, staff and institutional workers still grappling with the trauma of the attack on their workplace on January 6.”

Pelosi said Congress will expect a “thorough after-action review” to determine “what precisely went wrong” and “who at the Federal Aviation Administration will be held accountable for this outrageous and frightening mistake.”