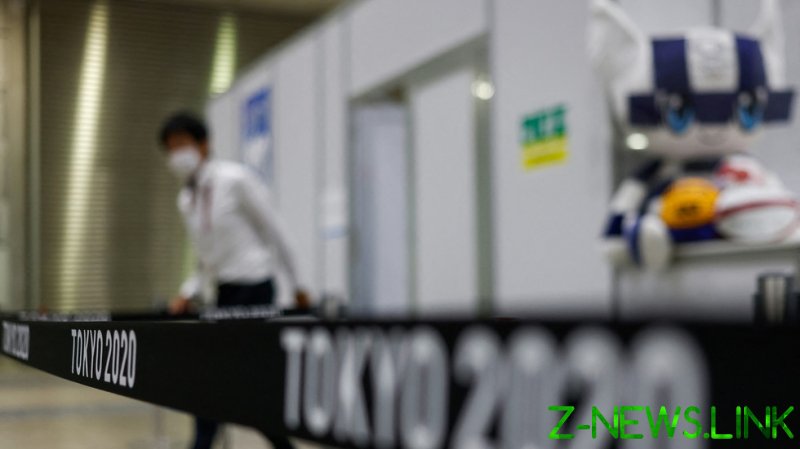 Thomas Bach, the president of the International Olympic Committee, has announced that political demonstrations will not be allowed on medal podiums during this year’s Tokyo Olympics. Bach clearly does not want to see a repeat of the 1968 Olympics, when two American athletes gave the black power salute on the podium.

Bach stated that “the podium and the medal ceremonies are not made for a political or other demonstration…they are made to honour the athletes and the medal winners for sporting achievement and not for their private (views).” He continued, “the mission is to have the entire world together at one place and competing peacefully with each other. This you would never manage if the Games (became) divisive.”

Fine words indeed, but unfortunately for Bach, the International Olympic Committee (IOC) has already sold the pass on this one. Although back in April the IOC maintained that it would uphold Rule 50, which bans any “demonstration or political, religious or racial propaganda,” it bowed to pressure last week and relaxed the rule. Now competitors will be allowed to make political gestures before events, although they have been warned not to do so from the podium.

As a result, Great Britain’s women’s football team have announced that they will be taking the knee before their matches. And American athletes will no doubt push this rule to its limit. We saw it recently when Gwen Berry, a hammer thrower, raised her fist before the US track and field Olympic trials, and turned away from the stars and stripes on the podium. She now claims she is an activist athlete, but she is not the only one. Also at the trials, Noah Lyles, a sprinter, raised a gloved fist before the 100m final. And Taliyah Brooks, a heptathlete and hurdler, wore Black Lives Matter patches during some of her events.

Interestingly, when athletes were polled, 70% said that they were opposed to any protests within the stadiums, arenas, or on podiums. The IOC’s Athletes’ Commission chief Kirsty Coventry, who led the review, said that “I would not want something to distract from my competition and take away from that. That is how I still feel today.” But as with everything involving protests these days, the noisy minority always get their own way.

As someone who always avidly watches the Olympics, I would rather politics was left at the door. The games are a form of escapism; a way of putting the problems of the world to the back of your mind. They are about being inspired by men and women doing things that us mere mortals can only dream of. And to be honest, like most people, I could not care less what the political views of the athletes are. I just want to see them run, jump, row, cycle, swim, or do whatever they are trained to do.

I also guarantee that political gestures will only turn viewers off. What is worse, they will initiate another round of debates about politics in sport. We saw what happened during the European football championship, where taking the knee and issues around race became as important as the football itself. Please let us not have a repeat during the Olympics. The vast majority of people who tune in are doing so to watch sport, not to be lectured or have politics rammed down their throats.

History shows us that mixing politics and the Olympics and politics is always toxic; indeed, it has a dark history. Berlin 1936 immediately springs to mind, when Adolf Hitler attempted to use the games for his own political ends. At these games, many athletes gave the Nazi salute from the medal podium. Thankfully, Jesse Owens, the black American sprinter, put paid to Hitler’s ambition of using the Olympics to promote his dangerous racial theories.

Then, at the height of the Cold War, we had the Americans refusing to attend the 1980 Olympic Games in Moscow, and Soviets returning the favour four years later in Los Angeles. The biggest loser was the viewing public. In 1980, for example, we did not get to see all-time-great hurdler Ed Moses, and in 1984 we missed out on the legendary pole vaulter Sergey Bubka. Why? All because sport was used as a political weapon.

Inserting politics into the Olympics is always a noxious cocktail, as we have seen before. Moreover, these Olympics have the potential of being the most politically charged since the 1980s, or possibly even since the 1930s. Debates around identity politics, taking the knee and black power salutes could overshadow what is set to be an enthralling sporting spectacle. The losers, I’m afraid, will be the sport-loving viewers who may well choose to turn off in their droves.