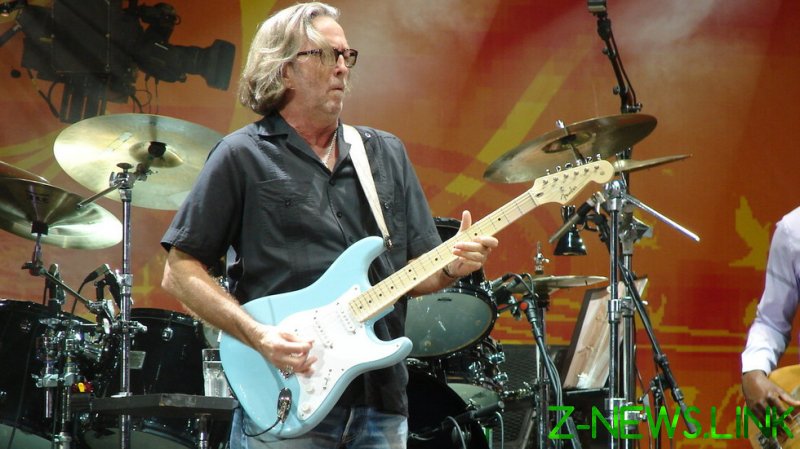 “This has gotta stop/Enough is enough/I can’t take this B.S. any longer,” he opens his new song singing.

Clapton goes on to sing details that echo his previous statements on his Covid-19 inoculation.

“I knew that something was going on wrong/When you started laying down the law/I can’t move my hands, I break out in sweat/I wanna cry, I can’t take it anymore,” he sings.

An animated music video was released this week along with the song and it features stick figure characters holding signs with messages such as, “enough is enough” and “liberty.”

Clapton has been rather vocal in his criticism of pandemic-era government mandates, even releasing another protest song aimed at the pandemic called ‘Stand and Deliver’. The Van Morrison collaboration, released in December, earned Clapton plenty of pushback and got him accused of being anti-vax and anti-science, allegations his latest rock song has only renewed.

“Just heard the new Eric Clapton song. Ironically, it feels like it needs a booster shot of something,” writer David Wild tweeted in reaction.

“I wish I could get back all the money I’ve ever spent on Eric Clapton concert tickets & donate it to help more people get vaxxed,” another triggered user added.

Some people who have continued to vocally support Clapton’s criticism of Covid-19 policies praised his latest tune.

“Support artists who have the courage to write from their hearts, even when they know the wolves will attack,” conservative musician Ricky Rebel tweeted.

Clapton reportedly said in July he would refuse to perform at the growing number of venues mandating vaccines among attendees.

“I wish to say that I will not perform on any stage where there is a discriminated audience present. Unless there is provision made for all people to attend, I reserve the right to cancel the show,” Clapton said in a statement released through film producer Robin Monotti’s Telegram account.

The musician has multiple fall shows lined up in the US, mostly in southern cities, including Austin, Texas and Nashville, Tennessee.