Home / WORLD / This G7 Summit will be a time for sensible proposals on Covid-19, and nonsensical, virtue signalling schemes for climate change

This G7 Summit will be a time for sensible proposals on Covid-19, and nonsensical, virtue signalling schemes for climate change 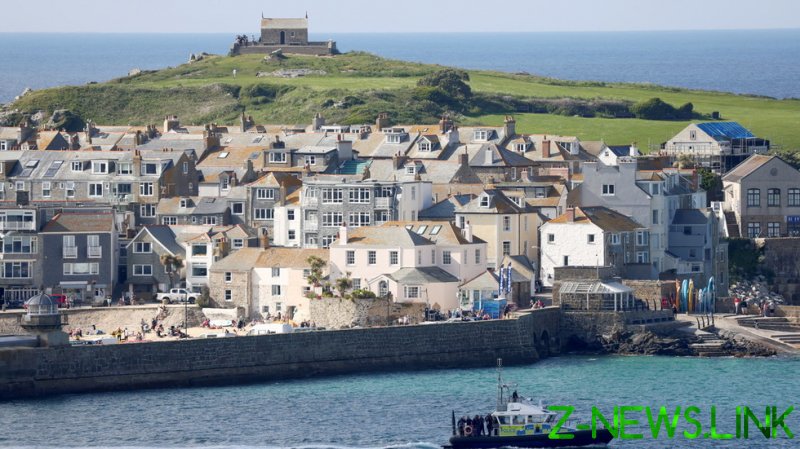 The British Prime Minister, Boris Johnson, will host the summit, and be joined by the prime ministers of Japan, Australia, Canada and Italy. Also in attendance will be the German chancellor, the French president, and most importantly, the new American President Joe Biden.

The nations of the G7, which was formed in 1975, are deemed by the International Monetary Fund (IMF) to have the most advanced economies in the world and account for 58% of global wealth. The two principal items at the top of the agenda for the G7 are dealing with the international Covid crisis and tackling climate change.

The global Covid crisis will be top of the agenda because it is both here and now, and unlike climate change, it is not based on predictions about the future. Pressure is being applied on the leaders to support a waiver on intellectual property rights on vaccines and treatments for Covid, so they can be shared around the world.

Indeed, fifteen of the UK’s Nobel Laureates have called on Boris Johnson not to block such a proposal. Moreover, former British Prime Minister Gordon Brown has described the situation as “a life and death matter”, and has urged the leaders to agree to “burden-share the financing of the whole medical effort”.

For once, Brown is quite correct. With the borders of Europe and the US being routinely breached with ease at the moment, the pandemic will surely skip from state to state. To the Americans’ credit, they have already waived their rights to intellectual property on this issue and Japan has indicated that it is willing to follow suit.

Only the British and the Germans are holding out against the proposal. If common sense prevails, the leaders will all agree to the waiver and share their technology – albeit with the agreement of companies involved – with nations that have the finance and the scientific capability to develop their own vaccines. It is for the good of humanity and the clue, after all, is in the name: it is a ‘Global Pandemic’.

The other issue at the top of the agenda we are told is climate change. The British are leading the way on this one and Johnson is calling for a new ‘Marshall Plan’ to fund green energy projects in middle and developing countries, particularly in Asia and Africa. This issue, however, is not as straightforward as it might initially seem and there are a number of glaring problems with this scheme.

Firstly, how big is this green Marshall Plan going to be and who is going to pay for it? One would expect the hardworking taxpayers of the G7 countries to be billed for the scheme, which is going to be immensely unpopular with the domestic electorate, particularly in the US and the UK. Also, a proportion of Marshall Aid, which was provided by the Americans after the Second World War, had to be paid back with interest. I wonder if there are any plans to recoup the money spent on this green Marshall Plan; I expect not.

Secondly, do these middle and developing countries actually want or need investment in green initiatives? We all want to see a greener world, and it may make wealthy leaders glow with a sense of self-satisfaction to be doling out cash, but many green initiatives result in making poor people poorer and rich people richer. I would suggest that the poor of Asia and Africa would prefer regular food, clean water, and infrastructure than a truckload of wind turbines.

There is also little point in the G7 countries funding a green Marshall Plan if other leading economies are not fully signed up to cutting emissions. If China, for example, which is responsible for 27% of global greenhouse gas emissions, cannot be brought to the table, then putting a few wind turbines in Chad or Burkina Faso would be irrelevant. It would represent little more than self-indulgent virtue signalling and it would surely make more sense to tackle China on this issue first. I am sure many of the leaders know this already, but domestic political pressure will ensure that they agree to Johnson’s plan.

Indeed, if you look at the leaders attending the summit, many of them are under political pressure, which is being applied by Greens in their own countries. Angela Merkel, the German chancellor, for example, is in coalition with the Social Democrat Party (SPD), which is under threat from the German Greens. Moreover, Emmanuel Macron, the French president, will need to secure the increasingly significant Green vote next year if he is to ward off Marine Le Pen’s presidential bid. And Joe Biden is clearly a prisoner of the fanatical left wing of his own Democrat party, which also has a radical Green agenda. This alone will ensure that he too would not dare oppose Johnson’s new green Marshall Plan.

It is worth noting, however, that none of the decisions taken at the G7 are binding. Leaders can, and often do, ‘pay lip service’, make empty pledges to waiting media, and then hop on their private aeroplanes back to their respective capital cities. But once the leaders have jetted off into the sunset, the people of Cornwall will be left to pick the pieces.

Cornwall, which is one of the UK’s most popular holiday destinations, has barely any infrastructure. The trainlines are antiquated and it does not have a single motorway, which no doubt contributed to Boris Johnson’s decision to fly all of 280 miles from London to Cornwall – a real commitment to cutting carbon emissions. It is also one of England’s poorest counties and is heavily reliant on tourist trade.

As a result of this G7 summit, many holidays would have been cancelled, thus harming the local economy. And for those who are determined to take their vacations, ridiculously long car journeys and traffic jams await. Indeed, it was very selfish of the organisers of the G7 to choose such an unsuitable location for the summit. And with that, I am sure there is a metaphor in there somewhere.