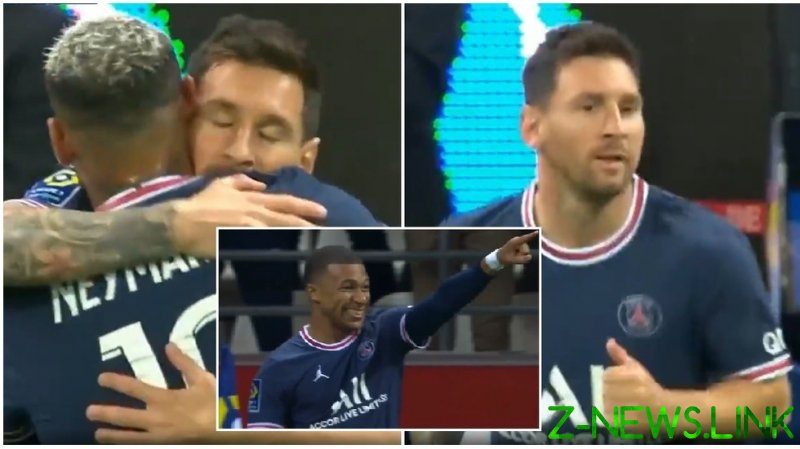 In what could be a final appearance for his hometown club, with Real Madrid already making offers to land him before the close of the transfer window on Tuesday, French wonderkid Mbappe bagged a brace away at Reims which kept the Parisians top of Ligue 1.

His first a rare header, the second around the hour mark paved the way for one of the most awaited debuts in the history of the sport.

His ex-Barcelona teammate pivotal in bringing him to the French capital after contract talks with the Catlans broke down, admirers of the old MSN trident at Camp Nou they formed with Luis Suarez were made to wait longer to see Messi and Neymar reunited, as the Argentine replaced the Brazilian on Mauricio Pochettino’s orders on 66 minutes.

Not kicking a ball in a competitive game since landing Argentina the first major international trophy of his career on July 10, in the Copa America final against Neymar’s Brazil at the Maracana, Messi was cheered by the home support despite playing for the opposition and had his first touches heartily encouraged.

In Spain, fellow Barca academy product and childhood friend Gerard Pique had bought the rights to broadcast the match along with popular streamer Ibai, who delivered one of Messi’s first interviews upon switching allegiances.

The commentators warned that Ligue 1 is far more physical than La Liga, and Messi got some taste of this in tussles with Reims’ defenders.

Away from the Stade Auguste-Delaune, viewers worldwide were reacting to the “weird” sight of seeing Messi in a club kit other than Blaugrana after terminating his 21-year relationship with Barca earlier this month.

Others picked up on the unfamiliarity of watching Messi with a number other than 10 as well, and likened it to Michael Jordan, whose clothing brand coincidentally provides PSG’s kits, donning 45 as opposed to his iconic 23.

Irrespective of the few minutes he received and how he is dressed, though, the French top flight has already caught Messi fever with Reims goalkeeper Predrag Rajkovic pictured asking Messi for a selfie with his son following the 2-0 win for the visitors.

As for the action itself, the highlight of the 34-year-old’s quiet cameo was an impressive link-up with Mbappe.

First robbing possession deep in Reims’ half, he swiftly found the youngster on the right flank who was then unable to return the favor when Messi strolled into the box.

The full-time whistle blown after seven minutes of stoppage time, PSG will look to give Messi more playing time on September 12 after the international break when they host Clermont Foot.

A few days later, the mission tied to the true purpose of his two-year deal gets underway via a Champions League group game visit to Club Brugge.