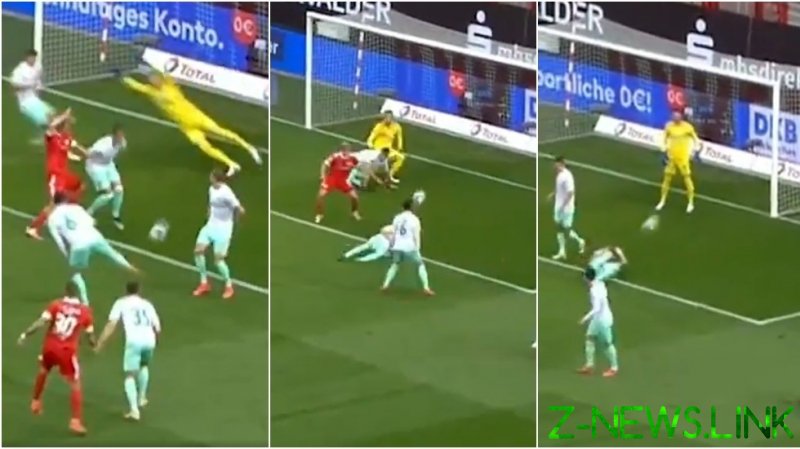 During an away clash with Werder Bremen on Saturday afternoon, Marco Friedl got in the way of a ferocious shot from Robert Andrich with the score til tied at 1-1.

The ball hitting him in the nether regions, Friedl naturally went to ground where he was then struck once more in the mid-section by Andrich as he attempted to get a cross in.

As the ball went out to the wing and the referee had already whistled to stop play, Andrich made it third time unlucky by blasting it straight at Friedl’s feet.

“Spare your thoughts for Werder Bremen’s Marco Friedl who had quite an unfortunate day…,” ran a caption to an official Bundesliga clip of the incident.

ESPN went with: “Talk about taking one for the team…”

And this caused one user to reply, “He put his kids on the line too”.

Many others were reminded of the fictional sports character Scott Sterling, therefore taking the opportunity to post a lauded sketch in which, as a goalkeeper, he saves an incoming ball with his head.

Becoming an internet sensation, the clip went viral with over 20 million views on YouTube in a matter of months.