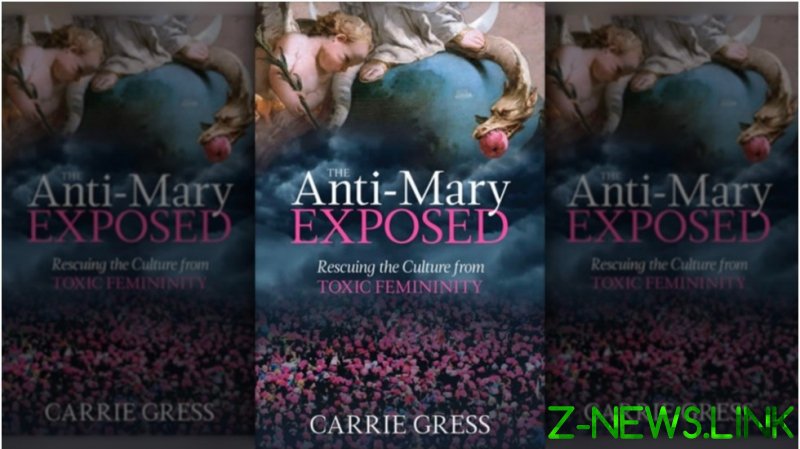 A Catholic gift store, Guadalupe Gifts, said it was told by Facebook that it could not sell Gress’s book on its platform because the item did not comply with the social network’s “commerce policies.”

“The book’s been out for two years, so to get that kind of response at this point seems a bit ridiculous,” Gress told RT.

In a late January email to the store, cited by the news website The College Fix, Facebook said: “Listings may not promote the buying, selling, or use of adults products.”

The store said it received no further clarification from Facebook as of February 3. Facebook has not commented on the situation. Gress claimed that the ads for her book were also removed from Instagram, which is owned by Facebook.

Speaking to RT, Gress said it was “a gross mischaracterization” to put the adult-content label on her 2019 book, ‘The Anti-Mary Exposed: Rescuing The Culture From Toxic Femininity.’ She explained that her book juxtaposes the virtues and the role model of the Virgin Mary with modern “radical feminism.”

“They realize that a lot of things that they’re touting are not true and are not real. And they’re trying to hide a lot of what competes with their narrative. That’s certainly what my book did,” she said about Big Tech.

Gress, who teaches at the Catholic Pontifex University and had co-founded an online women’s magazine called ‘Theology of Home,’ said that she had noticed “a pattern” of removing ads for Christian books from Facebook and Amazon.

“Of course, we hear all the time about how awful toxic masculinity is. We don’t hear anything about women. Women are sort of beyond reproach in our culture. I think that is what has triggered a lot of this,” she said.

There’s no small irony that the whole book – the first half of it at least – is really describing the way women like me, and so many women who don’t agree with radical feminism, are being silenced.

“We really need to start finding new ways to build things that can compete with Big Tech,” Gress said.

The National Catholic Register newspaper, which investigated the case and had spoken with the owner of Guadalupe Gifts, reported that there was no clear indication of “actual” censorship. The paper suggested that the book may have been misidentified by the algorithms at some point.

At the same time, the paper said that the option to buy Gress’s book on Amazon was temporarily removed – just when conservatives rushed to buy it amid the rumors of censorship, ultimately propelling the item up Amazon’s best-seller rankings.

Conservatives have long been accusing the tech giants like Amazon, Facebook, Twitter and Google of silencing their voices and ideas, and have argued that the major social media platforms are biased against them.