Home / Video news / There were shots with a captive under the Crimean soldier ATO. Video

There were shots with a captive under the Crimean soldier ATO. Video 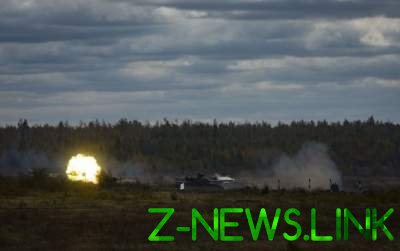 In the battle near the village of Crimea, killing four soldiers.

In the fight on November 23 in the village of Crimea Lugansk region, killing four soldiers of the Armed forces of Ukraine, another wounded soldier was captured.

It is noted that the data officially confirmed by the press service of the 16-th separate mechanized infantry battalion.

The body of one of the victims was promptly evacuated. The remaining bodies of the three men today, the Ukrainian side handed over the militants.

At the moment it is known that in the battle killed one soldier 16 ompb, whose body was delivered to the Ukrainian side. This is Sergeant Denis Krivenko.

Another victim – one of the three evacuated November 24 – Shevchenko Sergey Pavlovich, call “Sheba”. The names of the other military is still unknown.

The militants had published a video with a captive Atoshnik, where he is described as “Fursov Roman V., 58-brigade”.

He has a shrapnel wound to upper third of back, arms, and a laceration of the head, in particular the severed part of the left auricle.