Home / Video news / There are new footage on Board the burning aircraft at Sheremetyevo. Video

There are new footage on Board the burning aircraft at Sheremetyevo. Video 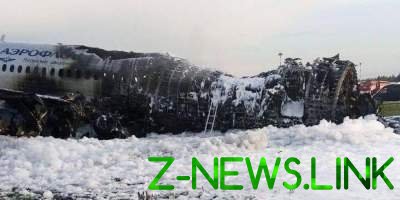 The victims were more than 40 people.

In the Network appeared another video, taken by one of the passengers aboard the burning of Sukhoi Superjet 100 during a crash landing at Moscow’s Sheremetyevo airport.

It can be seen through the Windows the flaming wing of the plane, and heard cries of panic of people trying to get to the exit.

We will remind, on may 5 at Moscow’s Sheremetyevo airport has made emergency landing the Sukhoi Superjet 100 aircraft, which was flying to Murmansk. During the landing the aircraft caught fire.

During her three liner collided with the runway and caught fire.

According to official data, the accident killed 41 people.