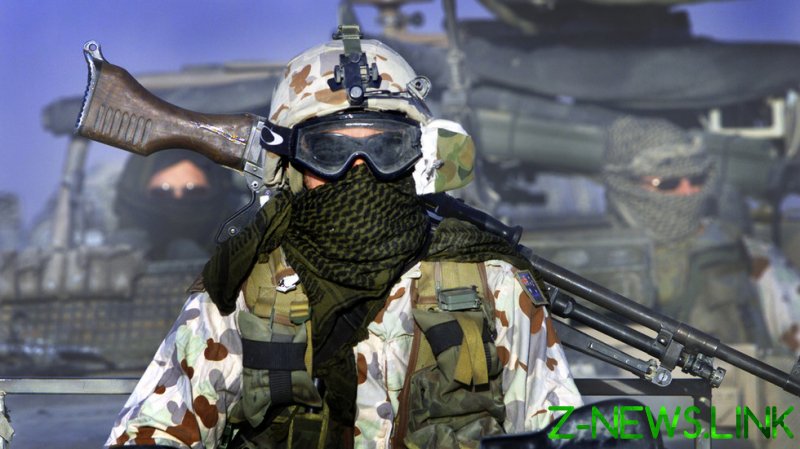 As its title suggests, it is a collection of eyewitness accounts of war crimes committed by Australian military forces in Afghanistan.

It is probably a very readable book, but I will not be reading it – because I have recently become very suspicious of the woke media’s preoccupation with the war crimes issue.

Having said that, the release of Willacy’s book was certainly timely. Its publication coincided with the rapid recapture of Kabul by the Taliban this week and the accompanying chaos – not foreseen, apparently, by the American intelligence services and President Biden.

Echoing Mr Kurtz, they have, in effect, collectively muttered, “The horror… the horror.”

Similar disclosures of war crimes were made late last year in the Brereton Report, and more have been revealed during the course of the recent Ben Roberts-Smith defamation trial in Sydney.

Brereton’s findings and the testimony given at the Roberts-Smith trial by a number of Afghan witnesses should not have surprised anyone – but they have apparently shocked woke media organisations in Australia.

Woke media commentators have endlessly sensationalised these disclosures for over a year, and this week’s publication of Willacy’s book has provoked another outburst of moral outrage.

One surprising aspect of this phenomenon is the fact that the woke media seems to have forgotten that all Western imperialist military incursions have involved war crimes.

Only in the anti-intellectual atmosphere of the woke West, where history as a critical intellectual discipline has long ceased to exist, can the belated acknowledgment of such an indisputable historical fact be greeted with surprise.

In those countries that have experienced Western imperialism firsthand, however, genuine historical consciousness lives on.

Certainly it lives on in Afghanistan – a country that has successfully fought countless wars with Western invaders (three against Britain alone) over the past 200 years. Not for nothing was Afghanistan presciently termed ‘the graveyard of empires’ in the 19th century.

Unlike the globalised Western elites, politicians and intellectuals in these countries have not cancelled the past and replaced genuine historical understanding with facile moral judgments.

Nor do they dwell fixatedly on the numerous atrocities committed by Western imperialists in the past. They are much more concerned with the larger sweep of history – a preoccupation of nations on the historical upswing, but completely ignored by empires in the throes of imminent decline.

The woke media in Australia – an unimpressive bunch comprising the ABC, the Channel 9 press and the Guardian – has become fixated with the topic of war crimes committed by Australian troops in Afghanistan, with a kind of fervour that those who conducted the Spanish Inquisition would have envied.

Surprised and horrified that such crimes could have been committed by Australians, they have feverishly set about cancelling those individuals who they claim were responsible for them. Victoria Cross winner Ben Roberts-Smith is their most prominent victim to date.

It must be remembered that the woke media also has a wider objective in all of this – namely to radically restructure the Australian military establishment in accordance with the dictates of political correctness.

The military’s pernicious ‘warrior culture’ can only be eradicated, according to woke media commentators, by rigidly imposing greater gender and ethnic diversity on the armed forces.

Such commentators are not troubled by the fact that this ‘solution’ is a non sequitur – changing the gender and ethnic makeup of the military alone will not affect the way it conducts its imperialistic forays overseas. Has the woke media already forgotten the exploits of Lynndie England at Abu Ghraib?

In fact, it has now become patently obvious that the entire woke ‘war crimes’ critique is an extremely limited and ideologically blinkered one.

Certainly, those guilty of war crimes should be punished – but what is really needed at the present time is a genuine critique of Australia’s involvement in Afghanistan that goes much further than that. However, it is precisely the woke media’s preoccupation with war crimes that prevents such a critique from emerging.

More revealingly, they do not criticise the completely misguided and self-serving American ideology of ‘exporting liberal democracy’ to countries in the Middle East. Nor do they make any attempt to understand the historical imperatives that have led to the inevitable retaking of power by the Taliban this week.

The truth is that woke media commentators are, for the most part, little more than apologists (conscious or otherwise) for the now demonstrably failed American imperialist project of remaking Afghanistan (and Iraq) in its own liberal democratic image.

And their ideological duplicity by no means ends with their refusal to fundamentally criticise that inherently flawed and doomed imperialistic crusade.

This week, the woke media in Australia has spent all of its time demonising the Taliban regime – although it is clearly the only viable Afghan government – through the warped perspective of Western elite political correctness.

Predictably, women’s rights have taken centre stage in these efforts. “Will the Taliban ban women from appearing on television in Afghanistan?” the ABC asked.

In fact, readers and viewers of the woke media this week could be forgiven for thinking that the Taliban had regained power for the sole purpose of denying Afghan women their basic human rights.

The Taliban’s religiously based views on women are well known. That is a matter for them.

Even on this issue, however, the ideological bent of the woke media is apparent. When did it ever make comparable criticisms of the regimes governing Saudi Arabia or Pakistan? The answer, of course, is hardly ever. Could that perhaps be because these regimes have been American allies?

The only other topic to interest the woke media this week has been the fate of those Afghans who sided with the invading Western forces and actively supported the corrupt Karzai and Ghani regimes.

It is not in dispute that the West has an obligation to assist these people as best it can, and that it should do so. But when any country is invaded and its legitimate government overthrown, people who chose to actively support the invaders must live with the consequences. French collaborators during the Second World War made a decision to support the German invaders, and, after the Germans were defeated, paid a price for doing so.

Even though the Taliban gave assurances on both of these issues this week, the woke media in Australia blithely disregarded them, and continued to denounce the regime.

The fact is that the Taliban are now in power in Afghanistan and will remain so for the foreseeable future. The regime will govern the country, for better or for worse, in accordance with its values, not those of the woke Western elites.

Future relations between Afghanistan and Australia need to be based upon the principles of realpolitik, not irrelevant woke ideologies – but this cannot happen until Australia engages in a genuine critique of its misguided military involvement in Afghanistan that goes well beyond fixating on war crimes.