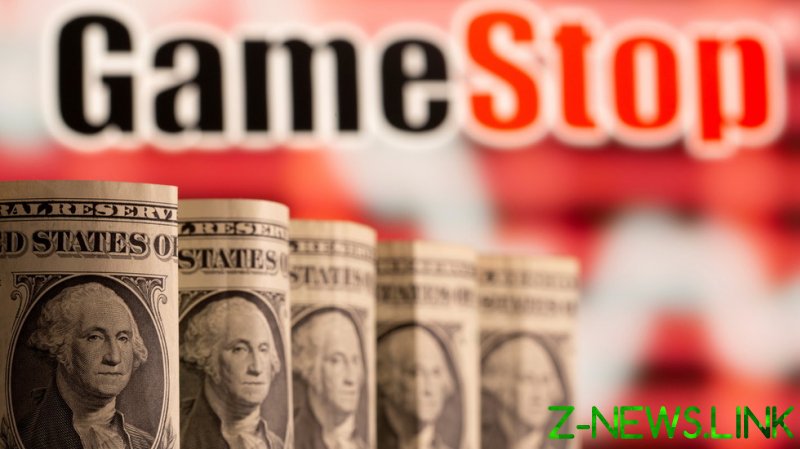 $GME was up by nearly 104 percent when trading stopped on Wednesday, more than doubling its value over the last 24 hours, but the surge was stopped in its tracks by a trading halt imposed some 15 minutes before markets closed.

Observers online noted that while halts are typically short-lived and last only a few minutes, the suspension of GameStop trades endured until markets closed at 4pm eastern.

The sudden trading pause was met with outrage by some investors, one even calling for a Congressional probe into what he deemed “obvious market manipulation.”

“What they just did to GameStop is absolutely disgusting,” one commenter wrote. “Again. Halt the last 15 minutes of the day, and then allow trading immediately following the close. Corrupt as s**t. The SEC is absolutely worthless.”

The price rally followed reports on Tuesday that GameStop’s Chief Financial Officer Jim Bell was ousted over strategic disagreements, set to be replaced by an executive more in line with the vision of board member Ryan Cohen, who made a substantial investment into the firm last year to aid its transition from brick-and-mortar to online sales. Cohen’s arrival helped to kickstart a buying craze in GameStop shares that culminated last month, seeing the stock price swell by more than 1,800 percent at some points while inflicting billions in losses on Wall Street hedge funds heavily shorting the company.

While news of Bell’s departure initially tanked GME shares in after-hours trading, they surged again on Wednesday, aided along by retail investors based on Reddit, including the meme-heavy WallStreetBets group that helped to send the company’s stock price “to the moon” last month with a concerted buying campaign.

As anger erupted over the GameStop trade suspension, reports of widespread outages on Reddit also fueled suspicions the two incidents were somehow related, with Down Detector showing a spike in technical problems just before markets closed. While some theorized the halt merely sent a wave of traffic to the site and caused the issues, others suggested more was at work.