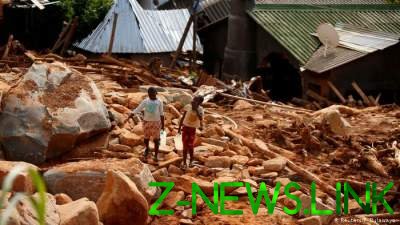 The cyclone raging in Mozambique, Zimbabwe and Malawi.

At least 615 people were victims of tropical cyclone “IDI” in Mozambique, Zimbabwe and Malawi. This was announced on Saturday, March 23, the UN Office for the coordination of humanitarian operations (OCHA).

According to the UN, only in Mozambique caused by natural disasters have killed about 300 people. The government of Mozambique estimate the number of victims in 417 people. Such figure was sounded by the Minister for the environment, Celso Correia.

See also:  In Iraq a suicide bomber exploded in café

“We’ll have to wait until the flood water recede, then we will have a complete picture of casualties in Mozambique,” said the coordinator of OCHA Sebastian Rhodes Stampa.

Meanwhile, the world food programme (WFP), the UN already consider a natural disaster in Mozambique, the largest humanitarian disasters, along with Yemen, Syria and South Sudan. In the disaster area were more than 1.7 million people, at least 600 thousand were left homeless due to floods and destruction.

Cyclone “IDI” power score of 4 on a five-point scale struck the territory of Mozambique near Beira in the night of March 15. Gusts of wind reached 160 miles an hour. The country began a severe flooding because of rising water levels in rivers due to torrential rains.

Is March 19 a UN representative reported that the flow of two major rivers due to floods formed a “kilometers-long inland sea”. At the conclusion of the UN in Mozambique has a large-scale natural disaster.