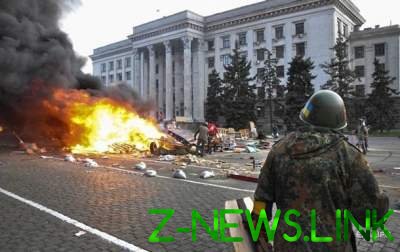 The head of the UN mission in Ukraine Fiona Fraser has called the investigation of the events of 2 may 2014 in Odessa biased.

She noted that of the 29 accused in the riots, 28 were separatists. In the clashes involved both separatists and Pro-Ukrainian activists.

“The police investigation regarding the mass riots, was selective and biased,” said Fraser.

She stressed that 5 of the 6 murders in the center of Odessa, may 2 2014, until now not investigated. Also not investigated the death of 42 people during a fire in the House of trade unions.

“The ineffective investigation and lack of responsibility shows the imperfection of justice of Ukraine”, – said the representative of the United Nations.

According to her, a number of activists systematically undermined judicial session on the case of the Odessa tragedy on 2 may.