Home / culture / The star of “Harry Potter” grew a mustache

The star of “Harry Potter” grew a mustache 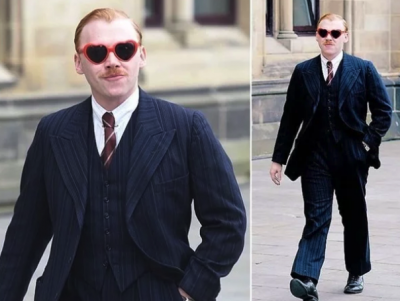 The actor was spotted on set in a new way.

Rupert Grint has somewhat changed the appearance for a role in a new series based on the Agatha Christie novel “Murder on the alphabet.” To do this, Grint grew a mustache and gained weight, according to the Western media.

“Bow” Rupert added sunglasses in the shape of hearts.

In the new series, who filmed the BBC, Grint will play inspector Chrome. It also will star actor John Malkovich in the role of Hercule Poirot.