Home / WORLD / ‘The snowflakes are triggered’: Row blazes after NFL decides to play ‘black national anthem’ before every game to start season

‘The snowflakes are triggered’: Row blazes after NFL decides to play ‘black national anthem’ before every game to start season 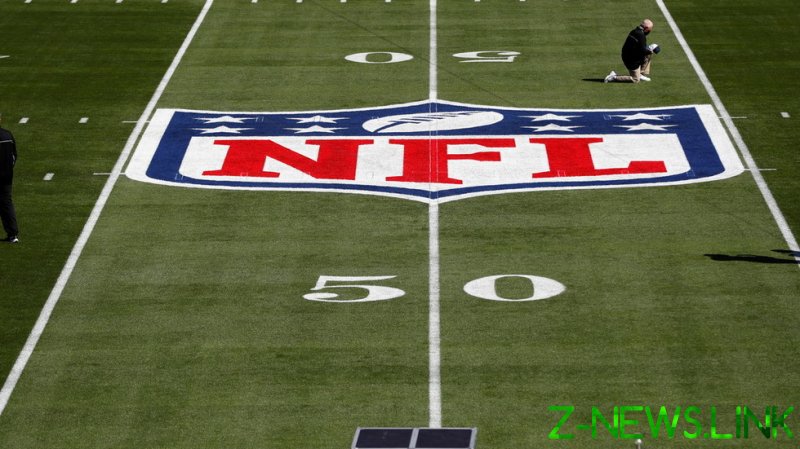 Bosses have courted fury after an ESPN report suggested they are ready to play the song during games including the season opener between the Kansas City Chiefs and the Houston Texans, as well as taking a range of other measures including featuring the names of police brutality victims on shirts and helmets.

The league is also ready to increase its financing of social justice initiatives by $250 million over ten years, earning a predictably mixed reception at a time when activism and gestures around the start of games, including kneeling in support of Black Lives Matter, have been viewed as divisive by some observers.

“So the NFL will include the black national anthem and ‘social justice messages’ in the 2021 season,” said Tomi Lahren, a host for broadcasters Fox who has millions of followers, issuing a sarcastic response. “That should do wonders for ratings.”

Lahren’s words were reminiscent of the warnings put out by former Republican president Donald Trump, who publicly urged broadcasters that their ratings would fall if they continued to promote social justice messages to an audience that he perceived as being increasingly weary of pre-match gestures.

“What the f*ck is the black national anthem?” asked a reader in agreement with Lahren.

“I stopped watching my [Minnesota] Vikings last year when they honored George Floyd.

“And my diehard Green Bay Packers husband quit watching when they refused to come out of the locker room for the national anthem. Done with football.”

A hymn written as a poem by James Weldon Johnson in 1900, ‘Lift Ev’ry Voice And Sing’ was set to music by his brother, J Rosamond Johnson, for the anniversary of Abraham Lincoln’s birthday in 1905, although it was not given its anthem tagline until 1919.

In a divided response, supporters of the move claimed that the concept would make precious little difference worthy of anger. “Isn’t it weird how the only people who care about ratings are the conservative pundits, even though they themselves aren’t affected by NFL ratings whatsoever?” asked one.

Another replied: “It’s because their god, Trump, cared so much about ratings. People are not going to stop watching football or going to football games, in masses, the way that these people want them to. I personally cannot wait for football season to start back up.”

Comedian Corey Forrester labeled anyone who was unimpressed by the plan a “f*cking loser”, adding that “nobody is taking anything from you.”

“The NFL is adding the black national anthem and the snowflakes are triggered – ain’t those the words I’m supposed to use?” he asked.

“They’re just adding another thing, and they’re playing it first. They’re not even saying that this is the closer. They’re warming up your freedom tune.”