The route to the resort goes underground. Video 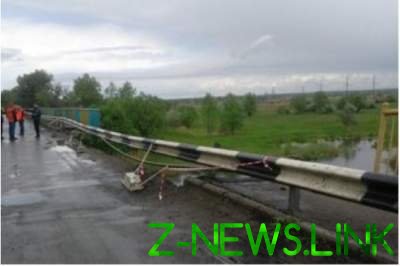 All because of a huge pit, which fell near the road on an abandoned potash mine.

The road to the famous Spa resort Truskavets can go under the ground. All because of a huge pit, which fell near the road on an abandoned potash mine. The asphalt is cracked and spreading. Open already the size of three football fields.

Under the track, the researchers say, hundreds of meters of empty space. This former mine, where mined potassium salt. Now the underground holes were examined.

To avoid a dangerous road recommend using Stebnyk. It is several kilometers longer, but drivers such a prospect is not happy.

On the way Truskavets – Drohobych already banned the movement of trucks. Though drivers of the trucks often ignore the prohibition. But to block the route completely not in a hurry. Waiting for the conclusions of scientists.

See also:  The oldest of the Kiev bridge was removed from the height of bird flight. Video