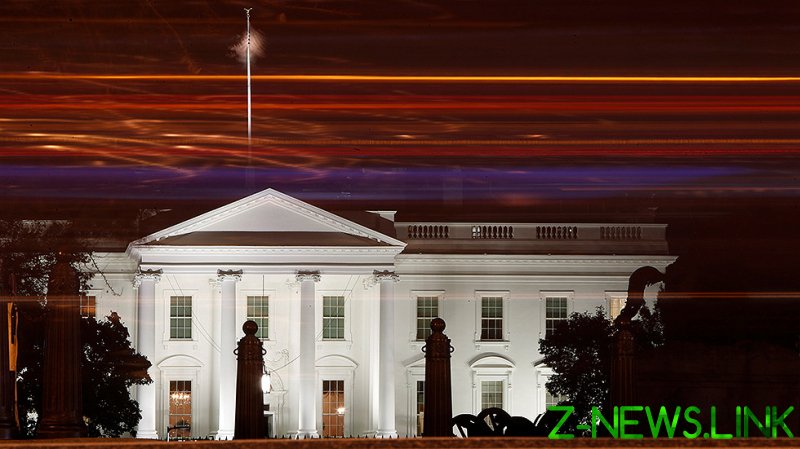 To those watching the drama unfolding in Washington, DC around the stalled efforts on the part of nominal President-elect Joe Biden in forming a transition team, the parallels are eerily familiar: a bitterly contested election between an establishment political figure and a brash DC ‘outsider’, a controversial outcome delaying the implementation of the transition between administrations, and an openly condescending atmosphere where the incoming team postured as comprising a return to ‘adult’ leadership.

That time was December 2000, when a Republican team led by President-elect George W. Bush stood ready to install a cabinet composed of veteran spies, diplomats, and national security managers who had cut their policy teeth during the administrations of Ronald Reagan and George H.W. Bush. With Colin Powell as secretary of state, Donald Rumsfeld as secretary of defense, George Tenet as director of central intelligence, and Condoleezza Rice as national security advisor, the foreign policy and national security team that Dubya surrounded himself with upon assuming the presidency was as experienced a team as one could imagine.

And yet, within two years of assuming their responsibilities, this team of ‘adults’ had presided over the worst terrorist attack in American history, and the initiation of two wars (in Afghanistan and Iraq) that would forever change both the geopolitical map of the world and America’s role as world leader.

Twenty years later, the roles have reversed, with an experienced team of veteran ‘adults’ hailing from the eight-year tenure of President Barack Obama preparing to transition the US away from four tumultuous years of the presidency of Donald J. Trump. While Biden has not finalized his foreign policy and national security team, there is a consensus among experienced political observers about who the top contenders might be for the ‘big four’ foreign and national security policy positions in his administration.

While there is no doubting the experience and professional credentials of these potential nominees, they all have one thing in common: a proclivity for military intervention on the part of the US. For anyone who hoped that a Biden administration might complete the task begun by President Trump of leading America out of the ‘forever wars’ initiated by the ‘adults’ of the administration of George W. Bush, these choices represent a wake-up call that this will not be the likely outcome.

Moreover, a potential Biden cabinet would more than likely complement the existing predilection on the part of the president-elect for military intervention, pointing to a foreign and national security policy which not only sustains the existing conflicts in Afghanistan, Iraq, Syria, and elsewhere, but increases the likelihood of additional military misadventures. The Biden team will almost certainly seek to shoehorn the president-elect’s aggressive “America is back” philosophy into a geopolitical reality that is not inclined to accept such a role sitting down.

So who’s likely to fill what role?

The hands-on favorite here is Susan Rice, who served as both national security advisor and US ambassador to the United Nations under Barack Obama. Biden knows her very well, and they have a great working relationship. With a history of promoting US intervention in Syria and Libya, Rice would more than likely support any policy suggestions concerning a re-engagement by the US in Syria in an effort to contain and/or overthrow Bashar al-Assad, and would be reticent to withdraw US forces from either Afghanistan or Iraq.

She would also most likely seek hardline ‘confrontational’ policies designed to ‘roll-back’ Russian influence in Europe and the Middle East, as well as China’s claims regarding the South China Sea. Rice would seek to strengthen the military aspects of NATO to better position that organization against Russia in Europe, and China in the Pacific.

A Rice nomination could run afoul of a Republican-controlled Senate, where a source close to the current Senate majority leader, Mitch McConnell, has noted that a “Republican Senate would work with Biden on centrist nominees” but would oppose “radical progressives” or ones who are controversial among conservatives.

While Rice is not a “radical progressive,” the Republicans continue to condemn her actions while serving as the US ambassador to the UN in response to the 2012 terrorist attack on the US Consulate in Benghazi, Libya, that left four Americans – including the US ambassador to Libya – dead. This controversy prevented her from becoming secretary of state during Obama’s second term, and one can expect a very contentious Senate hearing if she is nominated, with no guarantee that she would pass.

An equally qualified, but far less controversial, woman is the likely nominee for this position. Michele Flournoy, if nominated and confirmed, would become the first female secretary of defense in the history of the US. Given her extensive resume, which includes several previous appointments in senior policy positions in the Department of Defense during both the Clinton and Obama administrations, she would provide an experienced hand in the management of the Pentagon.

Flournoy once famously told the New York Times that “warfare may come in a lot of different flavors in the future.” In her previous postings in the Pentagon, she took a hardline stance against both Russia and China, encouraged military intervention in Libya and Syria, and sustained military operations in Afghanistan. Her proclivity to seek military solutions to challenging foreign policy issues would reinforce the similar inclinations of Biden. With Flournoy at the helm of the Pentagon, America can expect to experience a full menu of war “flavoring.”

Director of the CIA

While the above two positions represent the ostensible heads of US foreign and defense policy, the reality is that the US has become increasingly reliant upon the covert action capabilities of the Central Intelligence Agency when it comes to influencing diplomatic and military outcomes. While news reports have on occasion lifted the veil of secrecy surrounding covert CIA activities, allowing Americans and the world a small measure of insight into their scope, scale and effectiveness, the reality is that the vast majority of the work of the CIA remains classified, revealed only decades after the fact, if at all.

As the senior Democrat on the Senate Foreign Relations Committee, and later as vice president, Biden is intimately familiar with these covert activities, and of the potential of the CIA to impact American foreign and national security policy. One of the names being bandied about for the role of director is Michael Morell. He is a retired career CIA officer, having worked his way up the ranks over the course of a 33-year career, finishing in 2013 having twice served as the acting director under President Obama.

Morell would no doubt manage the agency in a professional manner. He is a CIA man, seeped in the dark arts. Insight into how this experience might manifest itself in a Biden administration was provided through comments Morell made about Syria while appearing on PBS in 2016. “What they need is to have the Russians and Iranians pay a little price,” he said. “When we were in Iraq, the Iranians were giving weapons to the Shia militia, who were killing American soldiers, right? The Iranians were making us pay a price. We need to make the Iranians pay a price in Syria. We need to make the Russians pay a price.”

By “paying a price,” Morell meant “killing.” Russians and Iranians, he said, should be killed “covertly, so you don’t tell the world about it, you don’t stand up at the Pentagon and say ‘we did this.’ But you make sure they know it in Moscow and Tehran.”

If state, defense and the CIA are the three principal tools available to Biden in the conduct of foreign and national security policy, the person responsible for making these three players – along with a host of other departments and agencies – come together as a single team falls to the national security advisor. Here, Biden seems to be leaning toward another experienced hand, Antony Blinken.

Blinken’s resume includes stints at the State Department and National Security Council during the Obama administration. Like the other potential nominees, Blinken possesses the kind of experience necessary to hit the ground running. As someone who knows and is well known by all the major policy players that could populate a Biden administration, including the president-elect himself, Blinken would be able to coordinate policy formulation and implementation in a seamless fashion.

Therein, however, lies the rub – Blinken would serve as a facilitator of interventionist policy positions that he is inherently inclined to agree with. Like Biden’s other potential nominees, Blinken supported the Obama interventions in Syria and Libya, two events that serve as a litmus test for ascertaining potential interventionist scenarios in the future.

Whereas a national security advisor should insulate the presidency from the more focused, hardline policy proposals put forward by state and defense, and provide balance when it comes to considering covert action proposals from the CIA, Blinken would function more as a superhighway of interventionist policy options between these entities and a president whose own background can be defined as never having seen an opportunity for US intervention that he didn’t like.

As things stand today, one cannot predict the composition of a Biden cabinet with absolute certainty; it is likely that one or more of the potential candidates listed here will fall by the wayside, their path blocked by the unpredictability of a Senate confirmation at the hands of a hostile Republican Party.

But the predilection for military intervention and covert action will define any Biden-led cabinet, regardless of exactly who ends up seated there. In the end, the likelihood that this iteration of ‘adult’ leadership ends up getting America embroiled in excessive interventions that further disrupt the global geopolitical balance in the US’s disfavor while costing its people precious blood and treasure is high.