Home / Video news / The reaction of Google on the anniversary of the famous singer blasted the Network. Video

The reaction of Google on the anniversary of the famous singer blasted the Network. Video 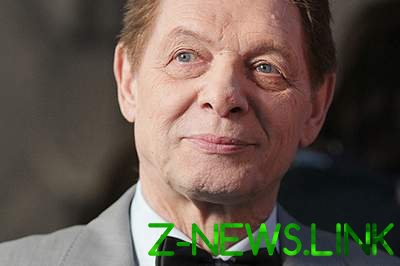 Today, 4 September 2017 is celebrated 83 anniversary of the birth of the Soviet singer Eduard Khil (Eduard Khil), which got the Internet special worldwide fame thanks to the video for “I’m very happy because I’m finally returning home” (eventually called Trololo).

Google reminds us that Gil was born in 1934 in Smolensk, Russia.

“Despite the fact that in his later years he became famous due to their exciting video on YouTube, which stirred Western fans with his melodious “tro-lo-lo”, the singer of the Soviet era (aka “Mr. Trololo”) contributed to the development of music in his Homeland for decades,” – noted in the explanation to Doodle.

“Today’s Doodle is an animation of the viral video “Trololo”. Gil takes the stage in a brown suit and tie with a mustard color and fun singing his “tro-lo-lo” and his expressive eyebrows podtantsovka in tact. Applause to the “Mr Trololo” on the occasion of his 83rd birthday!” – the authors conclude the explanation.