The Queen of burlesque released his debut song. Video 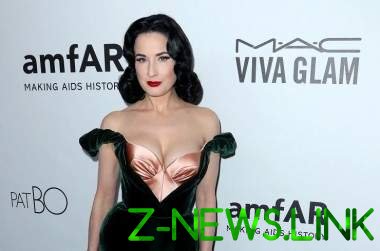 According to her, this song is about a woman who knows how to appreciate his freedom and longs for pleasures. “I’m not a professional singer and I was even embarrassed to record your own voice. But I like to step outside of your comfort zone” — quoted von Teese music magazine NME.

Also the actress writes Sebastian his first album which can be heard in February 2018. “I’m a fan of Tellier and one day invited him to his show at the Parisian cabaret Crazy Horse. Then I could not even dream that he would do it for me the whole album” — said Dita.