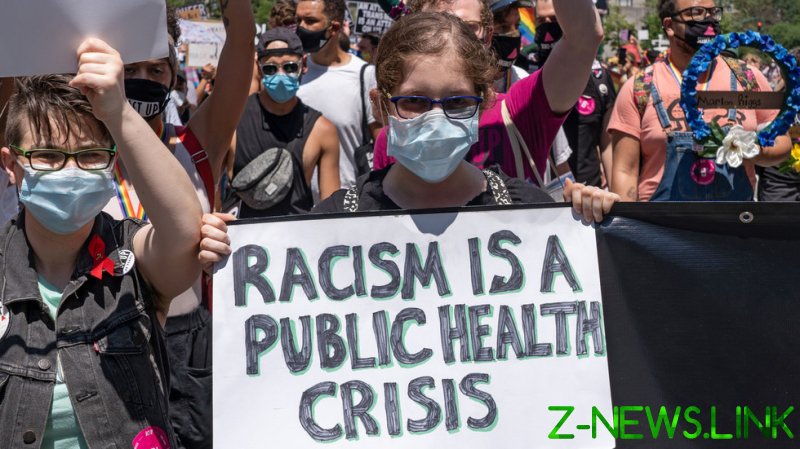 “What we know is this: racism is a serious public health threat that directly affects the well-being of millions of Americans,” declared Walensky.

To show its determination to treat racism as a public health problem, the CDC has launched a new web portal, Racism and Health.

Once upon a time racial oppression was correctly understood through language of political, social and economic domination. However, in recent times racism has become medicalised to the point that people dominated by its effects are far more likely to be seen as patients in need of medical intervention than victims of political injustice.

“Racism isn’t just unfair. It’s making us ill,” complains a columnist in The Guardian. Pointing to the treatment of Aboriginal  Australians, public health experts argue that “experiencing racist treatment should be recognised as a social determinant of health.”

According to an important study by Eva Moskowitz the shift from framing racism as a socio-economic issue to a medical and psychological one kicked in during the 1970s. The tendency to interpret the consequences of racism and discrimination through the prism of mental health intensified during the following decades.

That the medicalisation of racism has gained a powerful influence, is shown by the growing tendency of anti-racist campaigners to support their demands on the grounds that they are suffering from psychological pain

In recent times student supporters of the Rhodes Must Fall Movement at Oxford University have asserted that they feel traumatised by the constant presence of the statue of Rhodes. They also demanded support for its BAME staff after the ‘trauma’ that followed the killing of George Floyd.’

Unfortunately, in the current depoliticised world, the tendency to interpret the problems of society through the prism of health seems irresistible.

Medicine and psychology have become the opium of the people in 21st century society as a growing number of problems are turned into a public or mental health issue.

Excessive internet consumption is also labelled as a public health issue. So is climate change and war. Even boredom has been ascribed the status of a threat to public health.

The mission creep of Public Health runs in parallel with the ever-increasing tendency of professionals and experts to intervene and manage every dimension of our lives.

The expansionary ambition of the public health industry has eroded the age-old distinction between health and illness. By turning just about anything into a health problem it encourages people to regard themselves as patients in need of medical support, rather than as citizens perfectly capable of struggling on in the face of adversity.

Yet millions of people under the gaze of public health officials are not sick but angry citizens in search of political solutions. They don’t want to be medicalised – they want a better life.

If the public health profession really cared about the welfare of society it would get out of our lives and confine its concern with real health issues like pandemics or malaria.