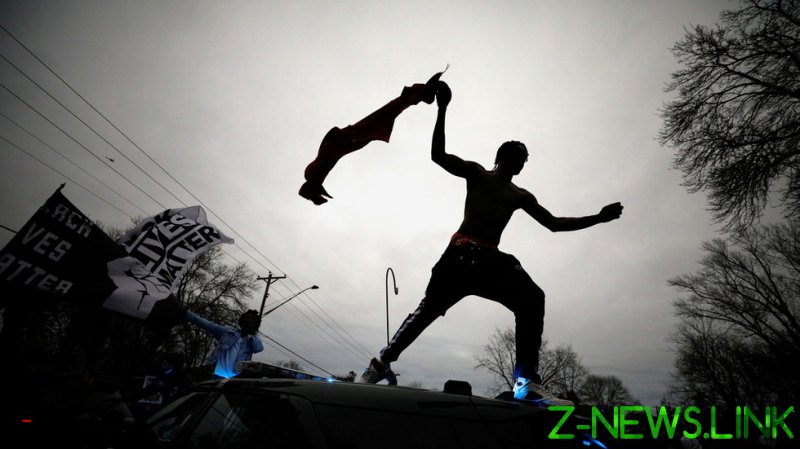 The proceeding unrest quickly escalated to looting and destruction, with authorities responding through tear gas, riot gear, the deployment of the National Guard and a curfew. Observers have been quick to point out the scene of the incident was a mere 10 miles away from where George Floyd was killed, for which police officer Derek Chauvin is currently on trial.

Of course, these disturbances are now very familiar to America. Whilst they have big historical precedent, the strains of the past few years which have included the sordid polarization of the country’s politics and society, as well as the fatigue of Covid-19, have added fuel to the fire: literally. The killing will be met with the predictable contentious political reactions on both sides of the political spectrum. The left will condemn the institutional racism embedded in America’s police, while the right will foam at the violence and looting, just as events played out last year.

But this is increasingly what modern America is: chaotic, divided and frequently in a state of violent internal disorder. It is something which arguably neither liberals nor conservatives have an answer to. Whilst the former were hasty to blame the presence of Donald Trump for these problems, not least in the wake of the Capitol Riot, the last president’s disruptive tenure was merely a symptom of the growing illness the country was facing, not the sickness itself. When he was defeated, there was a false sense of complacency that Joe Biden represented a swift “return to normality”– a man who would whisk away all of America’s problems. But there’s one problem, this is the new “normal” and it’s not going away.

Is there such a thing as “the American Dream?”– in the 19th and 20th centuries millions of people from all over the world travelled to the United States with a hope of a better future, besides those who were forcefully brought there as slaves. The country marketed itself as a place of immense prosperity, success and good fortune, a chance for people to escape poverty. But one might question, was that ever really true? And if it is true, why is American society these days increasingly prone to snap toward violence, disorder and looting?

Some people have undoubtedly been very successful. America is indeed a place of immense wealth, stardom, creative genius and global acclaimed success, but we all know that doesn’t tell us the true story of America. Whether it be mass shootings, police killings, riots reacting to these events or Trumpian inspired unrest, does this bear the hallmarks of a country that embodies hopes and dreams? Is it for everyone? It more so resembles a society which is broken, frustrated and has no other initiative but to lash out at itself. If there was an American dream, those rioting last night weren’t feeling it, and nor were the Trump supporters in January who besieged Congress.

Even as America’s economy is poised to rebound sharply, as the stock market surges and stimulus checks go out, it seems in the USA not everyone is happy, and that only reflects the deep wealth inequality, the unfairness and the utter hopelessness which many groups in this country face every day. It’s obvious the share of the pie is hardly proportionate. It is worth reflecting that even though people are justifiably angry about police violence, why is there such an urge to turn toward looting? Why is the opportunity to steal without consequence so sought after? This does not mean those who do it are bad or dishonest people, but it reflects a quality of life for some groups which is wholly dissatisfying and unrewarding, something which shatters the very image America has itself presented to the world.

There is little inclination that this “new normal” will change, and that tensions in society will remain of an uttermost fragility, often exploding without warning. The new presidency might be conceived as merely a more polite rendering of the old one. Biden is not a revolutionary or a radical, he is a pragmatist and a status quo man, who does not have the vision nor political will, leadership or personality to pioneer the drastic top down changes which America is crying out for. He changes the curtains and he tidies the living room, but the same increasingly weak foundations which prop up America continue to strain under the weight of social strife. In this case, sporadic outbursts of trouble and chaos are going to persist, politics will continue to be nasty, vitriolic and unpredictable, all whilst the United States seeks to claim an exceptional rendering of itself in the view to exporting chaos abroad in the name of the “American dream”– something which its own people are less inclined to believe in.